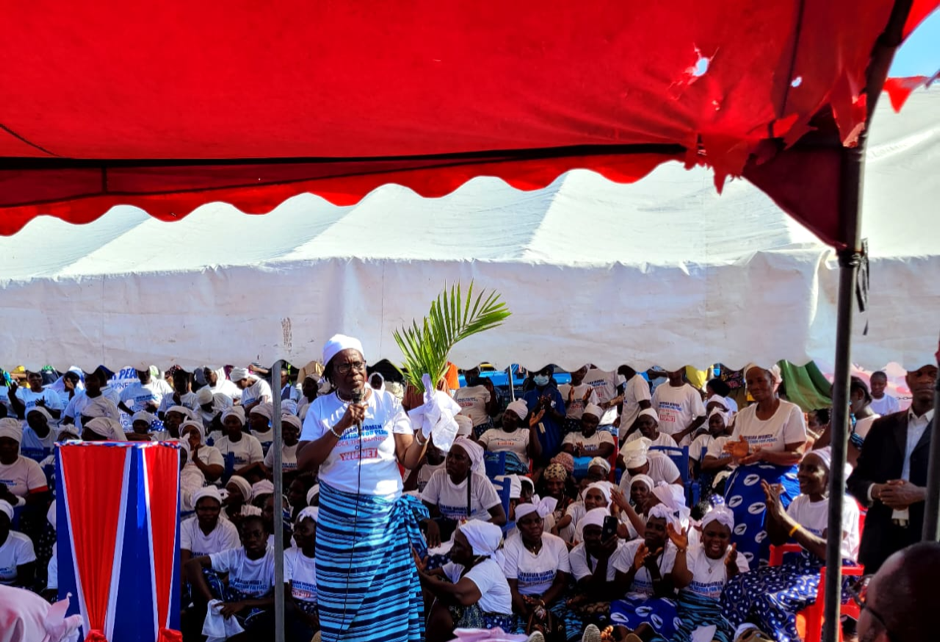 On Saturday morning, Liberians awoke to the tragic news of the loss of Madam Roseline Kwitta Toweh. When she arrived at the St. Joseph Catholic Hospital in Congo Town, she was pronounced dead. Born on 10 February 1960,

The news of her death shocked many, including the Minister of Gender, Mrs. Williametta Piso Tarr, who stated in the Women of Liberia chatroom that WONGOSOL’s Executive Director (ED), Mrs. Esther S. David Yango, broke the news of the passing of a strong Liberian woman, Madam Roseline Toweh, this morning. Time is truly ephemeral and this planet is not our home, yes. At this time, all I can say is Rest in Eternal Power, Ma Rose! “May you be free of hardship, difficulty, and strife in the world, Ma Rose. ” May the all-powerful God welcome you into his bosom, declared Minister Piso Tarr.

Juli Endee, Liberia’s Culture Ambassador, reacted in a similarly stunned manner: My Mama Rose, I am Broken! Existence! Oh!! Moreover, no one is assured of tomorrow. Be respectful of others. Death’s inevitability is a bleak reality. But it is the love of those closest to us that keeps us vigilant. I believe that one should do their part and leave the rest to God.

Ambassador Endee also encouraged women to obtain regular medical examinations, adding that Madam Roseline had served well. “Women! Always remember to examine your health condition. Mama Roseline Toweh: You have served women and the Republic of Liberia admirably, and our God is trustworthy. In the name of Jesus, He will see us through, and your legacy will endure.

The Culture Ambassador extended her sympathies to the family, particularly Diamond Toweh and Paul Toweh, Jr. “The women of Liberia have lost a woman of virtue.” Madam Roseline Toweh, she said. Let the elegance speak! Ambassador Endee stated.

Madame Roseline Toweh will be remembered for her selflessness and excellent life. She headed the Liberian Women Mass Action for Peace and recently read the position statement of the Women’s Mass Action for Peace, which urged the government and other relevant parties to take all necessary steps to preserve the peace.

Her contributions to the Young Women’s Christian Association (YWCA) are unparalleled. She joined the YWCA in her teens and advanced to the post of Secretary General, which she held for 18 years, before becoming the organization’s national coordinator.

The Young Women’s Christian Association is a worldwide organization that aims to empower young women. Madam Toweh’s legacy consists of her role as a role model and mentor to young women, as well as her capacity to collaborate with all women for peace.

According to reports, Madame Roseline Towah died of a heart attack on June 18, 2022. She complained of a cold and asked to be taken to the hospital, according to a family member. According to the source, she died en route to the hospital at approximately 0300 hours. Her remains have been deposited at Samuel A. Stryker Funeral Home in Sinkor pending funeral arrangement.