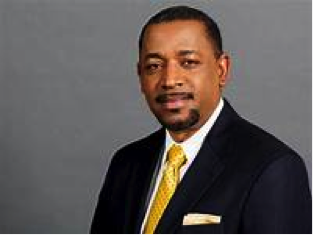 The official launch of a newly established church-run higher institution of learning, the Harvest Intercontinental American University (HIAU), got off to a rather gloomy start, as the ceremony largely organized via zoom was marred by faulty internet connection.

The ceremony, held at a local hotel in Sinkor, in the capital Monrovia, was attended by many dignitaries, including government officials, among whom was Liberia’s first female army deputy chief of staff, Brigadier General Geraldine Janet George; and predominately, members of the clergy, including Bishop George Harris of the Philadelphia Church; Bishop J. Allan Klay of the Jubilee Praise and Worship Center; and the longtime Pastor-In-Charge of Liberia’s oldest church, the Providence Baptist Church, the Reverend Samuel Reeves.

For a better part of the ceremony that lasted from few minutes after 3 PM, into the early evening hours, speakers from the United States, including the vision bearer of the HIAU, Bishop Darlingston G. Johnson, were intermittently interrupted, as bad internet connection robbed their Liberian audience, who unsuccessfully struggled to comprehend their deliberations.

Ironically, Bishop Johnson disclosed that the HIAU envisages offering in-person and virtual forms of learning, stressing e-learning as one of the University’s major modes of reaching out to underprivileged students in Liberia.

Howbeit, several educators, who followed the HIAU’s launch that attracted a huge media coverage, including a live-broadcast by state-radio, are of the view that the promises of the University to effectively deliver on an effective e-learning program is farfetched, as long as the internet challenges the country is currently being faced with are unsolved.

Although, the vision-bearer of HIAU, Bishop Johnson, disclosed that he along with his Bishop Darlingston Johnson Education Mandate (BDJEM) team, are aware that if they are to fulfill their vision of providing to tens of thousands of young people in Liberia access to quality tertiary academic and vocational education, the HIAU would need to take advantage of emerging technologies to enable students have access to professors and courses, regardless of where such students live and the courses offered, he and other overseas speakers, including the BDJEM’s founding chairperson, Dr. Kona-Facia Nepay could barely have a successful launch, due to faulty internet connection, that resulted to intermittent interruptions in the zoom transmission, to the dislike of many at the occasion.

In the face of constant disruptions, with the audience faintly understanding most of the speakers, due to scrappy internet connection leading to faulty transmission for a better half of the launch, Bishop Johnson still went ahead to state that the HIAU envisages relying on the internet and the institution’s e-learning capabilities as a major part of the school’s strategy to get what he called the best education to as many in Liberia as possible

With a rather patchy internet reception, Bishop Johnson promised, “We intended, therefore, to operate both physical and virtual campuses. Students will take most of their classes online, listen to lectures, and participate in courses taught by highly qualified professors living in Liberia and the United States.”

However, Bishop Johnson pointed out that the HIAU family is aware of the challenges of depending on the Liberian environment to facilitate the institution’s e-learning strategy, assuring that they take these challenges very seriously and are looking forward to innovative ways to address such concerns.

“We are thinking outside of the box and relying on experts in internet technology and e-learning to develop workable solutions,” said Bishop Johnson, who then introduced as one of such experts, the Vice President for Technology and Innovation at Oral Roberts University, Mr. Mike Matthews, who himself, as a result of defective internet connection, was at some point crudely interrupted during the delivery of his brief remarks.

Meanwhile, all efforts are underway for the HIAU which was recently incorporated under U.S. laws, to begin operations in Liberia in October of next year, according to Bishop Johnson, who indicated that the last Friday’s launch was intended to release some initial information about HIAU’s plans for Liberia, and to elicit the prayers and support of like-minded individuals.

Let’s emulate the good example of Joel Maybury to clean our...