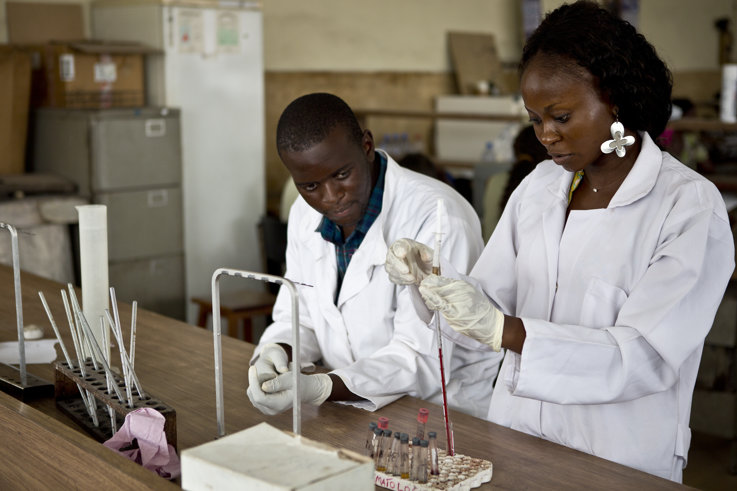 The National Health Workers Union of Liberia (NAHWUL) has suspended its strike action and urged its members to return to work.

The Union however, stressed that “the gesture to return to work shouldn’t be misconstrued as a sign of weakness.”

This follows series of protest actions including about three-week Stay home Action (SHA) by the Union after the Government of Liberia (GOL) failed to meet up with their demands.

The NAHWUL strike action was announced on September 16, 2020, when its Secretary General, Deemi T. Dearzru, said the move was aimed at putting Government’s feet to the fire to listen to the aggrieved workers’ plights.

Among their requests to the government was call to issue the Union certificate of recognition, increment of health workers’ salaries in fiscal year 2020/2021 national budget, the reclassification of health workers and payment of hazard allowance to all health workers.

It also called for the over 1,000 pensioners over the last six months to be given their just benefits and the gaps created on the workflow by their retirement be filled with immediate effect.

It can be recalled that NAHWUL, in a press statement issued on September 2, 2020, demanded the government to live by its promise by implementing a Memorandum of Understanding (MOU) it signed with the Union in September 2019.

The MOU, among other things, called for the government to grant NAHWUL a certificate of recognition, provide a clear salary base for each grade that corresponds to health workers’ qualifications, reclassify healthcare workers who have, over the period, upgraded their professional status and that the policy document for redeployment and transfer be suspended until the union gets a say in the process.

It also called on the government to provide a blue print on how the almost 1,000 pensioner’s gap will be filled and that victims and families of COVID-19 should fully benefit from the US$500 announced in July’s meeting with the Ministries of Health, State for Presidential Affairs, and Finance and Development Planning.

The Union took a formal petition to the United States Embassy, the European Union (EU) and the United Nations (UN) office near Monrovia, calling for their intervention in addressing the plights of the health workers.

It was therefore following negotiations and appeals from these international entities that health workers agreed to resolve their strike action.

In a released, dated October 8, 2020, NAHWUL applauded the timely intervention of UN Resident Coordinator, Kingsley Opuku Amanin, and other partners for their support during the stay home action of the aggrieved health workers.

NAHWUL General Secretary Demi T. Dearzru said: “Our members have won the support and respect of the people of Liberia by their determination to stand up for the rights. In the release, the Union however, stressed that the gesture to return to work, shouldn’t be misconstrued as a sign of weakness.