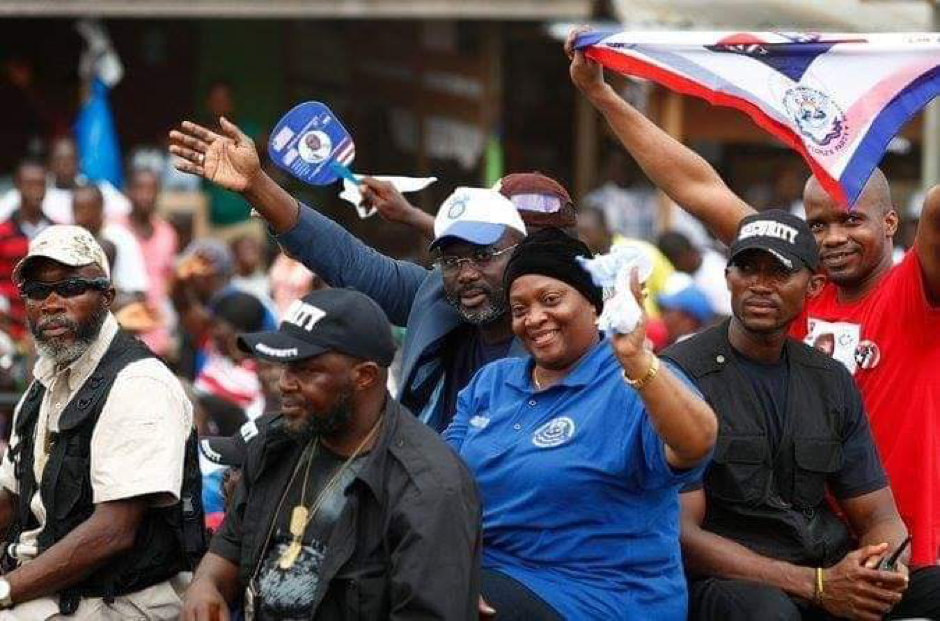 Chief Dr. Jewel Howard Taylor, the Vice President of Liberia, has expressed her joy over the new gender parity policy statement made by the Executive Committee of the Coalition for Democratic Change, which is the country’s ruling coalition (CDC).

The Vice President of Liberia expressed her satisfaction with the decision made by the CDC Executive Committee and stated that she will begin working on bringing women on board to compete for these seats.

This announcement of policy by the CDC appears to be in keeping with President Weah’s aim to see Liberian women given the same level of empowerment as their male counterparts. In 2019, while attending an extensive women’s conference in Monrovia, the leader of Liberia proclaimed himself to be the “Feminist-in-Chief,” making a commitment to advance gender equality within his administration.

Recently in Monrovia, CDC Chairman Mulbah Morlu made the announcement while releasing an official statement on the occasion of Congress for Democratic Change’s 17th anniversary. In the statement, he congratulated the organization on its accomplishments over the last 17 years (CDC). According to the statement released by Chairman Morlu, the National Executive Committee of the Congress for Democratic Change has unanimously adopted a resolution calling for the appointment of at least 40 percent of women to leadership positions within the organization and to parliamentary seats in the upcoming general elections. He stated that the policy choice would be taken into consideration in both the internal and exterior democratic processes of the party.

“After 17 years, the National Executive Committee of the Congress for Democratic Change, meeting over the weekend, unanimously adopted a resolution requiring 40 percent political participation for women throughout the Congress for Democratic Change’s leadership structures and parliamentary seats in the upcoming general elections. The statement said that from this point forward, the policy decision must be taken into consideration in both the party’s internal and its external democratic processes”.

Chairman Morlu stated that the history of the CDC goes hand in hand with the party’s historic support for women’s rights, particularly its distinctive women’s empowerment policy, which became the bedrock of the rise of many prominent women in Liberian politics. In other words, the history of the CDC is inseparable from the history of the party’s support for women’s rights. According to him, the party had adopted Liberia’s first gender quota of 30 percent as early as June 2005, holding itself accountable for its scrupulous implementation. This, in turn, inspired an almost 28 percent rise in the number of women who ran for office across the country during the 2005 general and presidential elections.

As a result of the decision made by the Executive Committee, the first female Vice President of Liberia has stated that it is her intention to begin recruiting women so that they can run for positions that count toward the 40 percent quota. In particular, she is focusing on positions in the National Legislature. The Vice President has said that she will make efforts to encourage at least one qualified female candidate to run for office in each of the nation’s counties.

“I am pleased with this decision and will immediately get to work on recruiting women to run for these seats,” she said. The Vice President, Jewel Howard-Taylor, stated that her objective was to have at least one female representative in each of the 15 political subdivisions.

Following its proclamation, the National Executive Committee (CDC) urged the President to take the necessary step of appointing more qualified women to significant positions in the government so as to reduce the gender gap. This was done despite the fact that women already hold several key positions.

The number of women elected to seats in the National Legislature has always been dismally low. There are now 11 women serving in elected positions on Capitol Hill, including two senators and nine representatives. This is around 11 percent of the overall number of 100 lawmakers. In the upcoming representative elections in 2023, it is anticipated that the CDC would nominate at least seven (7) female candidates.

In the meantime, the CDC is urging people of all political persuasions to reassume the responsibilities and obligations that come with membership. This includes attending to people’s needs, advocating for what is fair and equitable, and safeguarding women, those who are weak, and those who are vulnerable, regardless of their religion, ethnicity, or sex.

In addition, the CDC encourages all of its supporters to celebrate without violence, to uphold the legal system at all times, and to maintain an attitude of tolerance toward the legal protections, privileges, and political perspectives of others.

At the same time, the CDC issued a call to action to other political parties, urging them to follow its lead and make courageous strides toward empowering women.

Weah’s son arrested drunk for “contempt and rebellion” in France