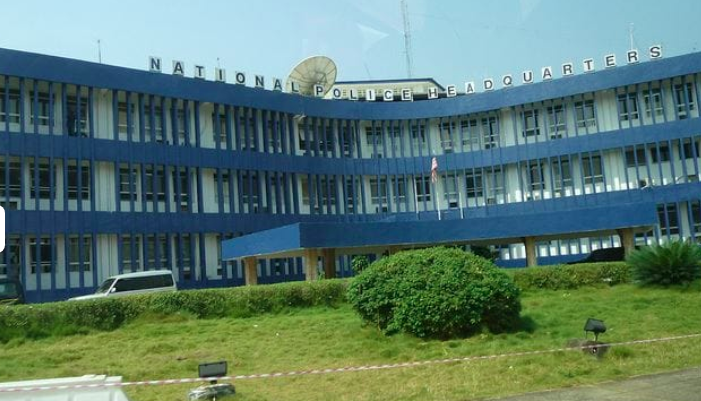 Report emanating from Margibi County says a 31-year-old man has turned himself over to the Liberia National Police for allegedly killing a 14-year-old girl.

According to information gathered from the county, the 31 year old man, Abraham Wento who allegedly killed the 14 year old girl only identified as Grace in Margibi County has turned himself over to the Liberia National Police in Zwedru City, Grand Gedeh County.

According to him, he could not control his guilt after committing the act to the innocent child and as such it is necessary to give in to police for the law to take its course.

Abraham who admitted to the commission of the crime said he did the act for money to travel out of the country, which did not materialize.

Mr. Wento told journalists that, he regrets his actions and therefore ask the family members of little grace to forgive him.

Meanwhile, officers of the Liberia National Police have escorted Mr. Wento to Margibi County where he allegedly committed the crime.

In a related development, the Monrovia City Court sent to prison a 21-year-old lady identified as Harriet T. Castro and her accomplice Jerome Brown for allegedly selling her five-month- old girl child for US 60 dollars to an unknown woman.

Harriet has however denied the allegation and said the baby was given to an unknown caretaker, claiming that the father abandoned her with the child and were suffering in the ghetto without food to eat.

Defendant Castro appears like one of several disadvantaged young ladies living in ghettos across Liberia without any social policy or program to seek their wellbeing.

Seating on prisoner beach along with her accomplice in Monrovia City Court young Harriet narrates her stories: “The man I have the child by does not know how I eat or live, he even encouraged me to abort the pregnancy. We aborted three pregnancies and this girl pregnancy was the fourth one in five years”.

Defendant Castro along with her accomplice Jerome Brown, a resident of Randall Street was arrested on December 13, 2021 in Mamba Point by Police officers after a complaint was filed against them by 26 year-old Mohammed Bah, father of the five-month-old- baby.

Defendants Castro and Brown were forwarded to court on Thursday, December 16, 2021 after police preliminary investigation.

According to the police charge sheet defendant Castro was acquainted with her Miranda rights and investigated based upon the allegation levied against her by complainant Mohammed Bah, a resident of Newport Street who alleged that his five month old daughter Siafety Bah was sold to an unknown lady on the Mamba Point Beach on November 29, 2021 at the hour of 4 o’clock PM by defendant Castro.

The police charge sheet stated that during investigation, defendant Castro alleged that it was defendant Brown who told her to give the baby to his aunty to help take care of her.

According to defendant Castro the unknown lady took the baby from her as was instructed by defendant Brown, and offered her 60 USD from which defendant Brown took 10 USD and since that day the lady never came back as she promised that she was going to bring the baby regularly for the mother to see her.

However, the police charged sheet further stated that defendant Brown told the investigation that it was defendant Castro that sold the baby to the lady after she introduced the lady to him as her aunty who she said was willing to help her take care of the baby.

Meanwhile, based on police preliminary investigation along with complainant statements and the admittance of defendant Castro it was established that she gave her baby to an unknown lady who gave her 60USD.  Apparently, based on that the investigation, police has resolved to charge defendant Castro with Human Trafficking in violation of Section 4 while defendant Brown was charged with Criminal Facilitation in violation of Chapter 10 Section 10.2 of the Penal Law of Liberia

Bridge Liberia calls for increased number of girls to be educated