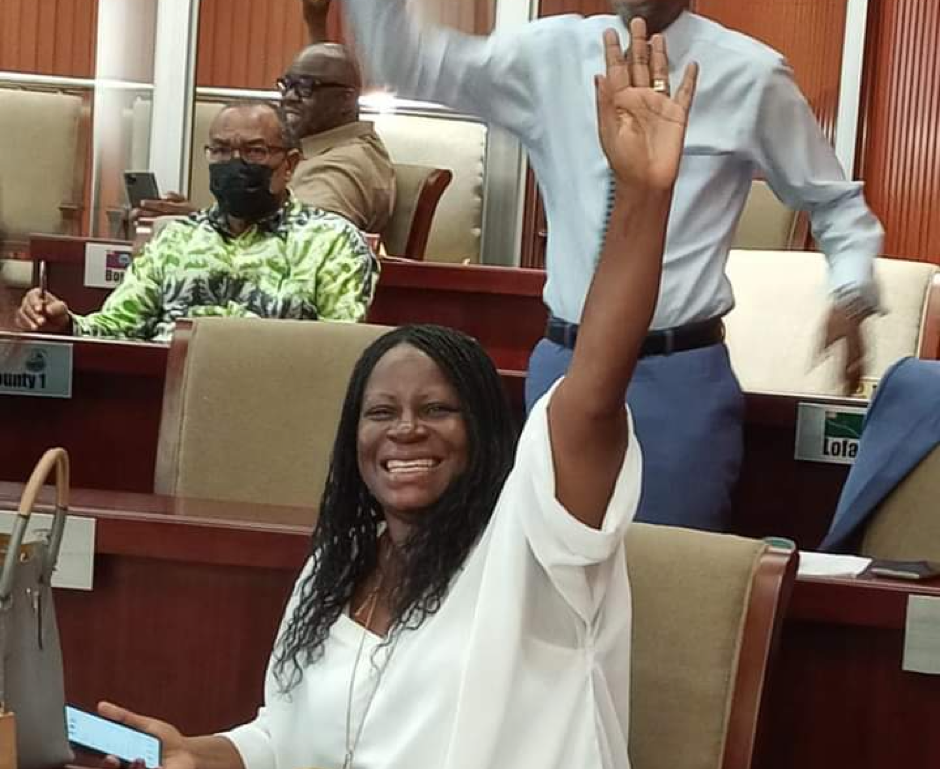 The political leader of the opposition Liberty Party (LP), Senator Nyonblee Kangar Lawrence said yesterday’s event at the Supreme Court constituted a watershed moment in the party’s history, as party has been divided for nearly two years due to internal strife, culminating in the formation of two factions.

Liberty Party has been knocked in power struggle between the political Leader and the chairman, Musa Bility  of the party since 2019.

She said the root of the disagreement may have been presented to the public in different ways by either side, but for the record, it derives from a dispute over the legitimacy of the Gbarnga Convention’s Constitution (the 2021 LP Constitution). She said as presiding officer of the convention, she was astounded to learn that the Constitution, which was accepted at the convention, and the minutes of the convention had been filed at the National Elections Commission without her knowledge. She said despite several reminders that she needed to study, sign, and file the convention reports.

The Grand Bassa County Senate said the fact that the 2021 Constitution submitted to the NEC did not reflect what was adopted by the delegates at the Gbarnga Convention and was also unlawfully filed was reinforced by yesterday’s session at the Supreme Court, emphasizing that isn’t an attempt to seize the spotlight. “We’re simply carrying out one of our people’s responsibilities: accountability. Nothing that has happened to our party has resulted in a winner. The disagreement has harmed our party’s reputation and frustrated hundreds of thousands of individuals who have worked tirelessly for nearly two decades to develop this institution”, she said.

“We will meet at the Supreme Court on Friday to fix all of the changes made in the 2021 Constitution, as instructed by the Justice-in-Chambers at yesterday’s meeting. After that, as required by law, I will submit the paper to the NEC,” she said.

The Senate reassured all of her supporters that the Liberty Party will recover and grin once more. She promised to work extra hours to bring her wonderful party back together. Conflicts can sometimes be used as a teaching tool according to her, intoning, she is confident that everyone involved in this conflict has learned something, and that Liberty Party can only be strong if they work together. “Together, We Can Do Better” has taken on new meaning and inspiration.

The female politician encouraged partisans to put on the armor and summon the fortitude to reconcile the first of our Manifesto’s 4Rs. It’s time to move on now that the battle is ended. We will release a statement after the Supreme Court session on Friday, explicitly laying out a road map for genuine peace and unity in our party.

The Senator said she has no ill will against anyone because of what they’ve lived through. “I will make every effort to reach out to everyone while keeping my arms open to embrace everyone. Please contact me as soon as you are able, and I would be happy to speak with you. “CWB’s legacy will live on forever.”