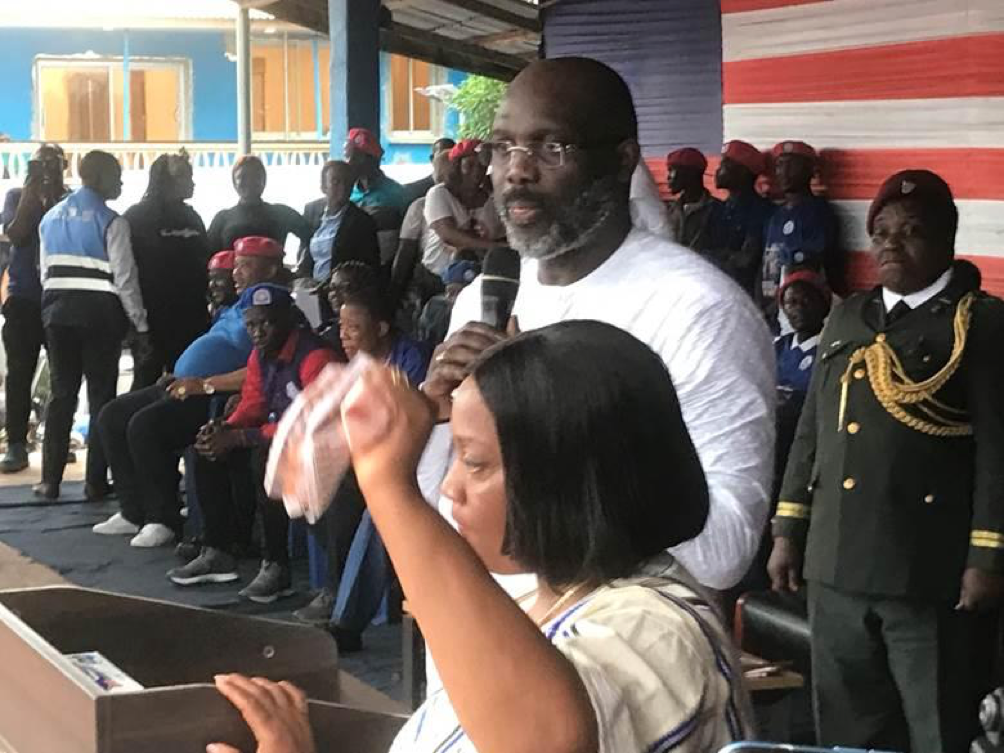 Monrovia, Liberia, December 21, 2022: Following weeks of being out of the country, President George Weah, upon his return, has assured Liberians of his government’s commitment toward doing the needful for the betterment of all.

However, Liberians seem unimpressed with the president’s assurance, judging from his deplorable record of governance over the last four years.

President Gorge Weah, while meeting with scores of supporters of the Coalition for Democratic Change (CDC) at the party headquarters in Congo Town on Monday, admonished Liberians to have confidence in his government, as they are committed to working in the best interest of all Liberians, as he believes he has been doing over the last four years.

“I want to use this occasion on behalf of my vice president, the entire cabinet, and the leadership of the Coalition for Democratic Change (CDC), to express our gratitude to all of you for this warm welcome and for showing us the love other people are looking for. We will not fail you,” he assured.

He continues, “Liberia is 175 years old, 171 years old, and what we see in the four years, we are seeing a whole lot; we are your right leaders; to our first-time voters, you are not making a mistake; this is the right family for you; we will depend on you for us to continue our development exercise,” he explained.

Moreover, the Liberian President believes that the unprecedented voting records set by supporters of the Coalition for Democratic Change (CDC) years ago will be repeated in 2023, especially judging from how they have been supportive of his political journey.

Howbeit, Liberians have kicked against the president’s assertion of not failing the country, as they believe he has failed them already, especially with the state of affairs in the country in the last four years.

They’ve referenced issues such as the recent increment in the price of the country’s staple food despite the subsidy exercise, embezzlement, secret killings, deplorable road conditions in areas of Montserrado County, the southeast, and other parts of the country, as well as the poor health care and extreme poverty Liberians continue to experience under his administration.

Pundits believe that issues stressed by Liberians upon the President’s arrival in the country and many others, specifically portrayed by the CDC government, have been the major reasons for the countless protests Liberians have staged since President Weah ascended to state power.

On December 17, 2022, like several other opposition figures have demonstrated over the last five years, the Collaborating Political Parties (CPP) assembled hundreds of Liberians as part of its “We Tayah Suffering Rally” (WETASUR), in an effort to express their anger and outrage against the George Weah administration.

Participants at the rally accused President Weah of poor leadership and economic deprivation, resulting in massive suffering and excluding Liberians from participating in their own economy.

President George Weah departed Liberia on November 1, 2022, and returned on Monday, November 19, 2022. As disclosed by the Executive Mansion Press, the President’s travel out of the country was for national duties.

However, on several occasions while away, the President was spotted on camera getting entertained at the FIFA 2022 World Cup held in Qatar, where his son Timothy Weah also played for the US team until they got eliminated from the tournament.