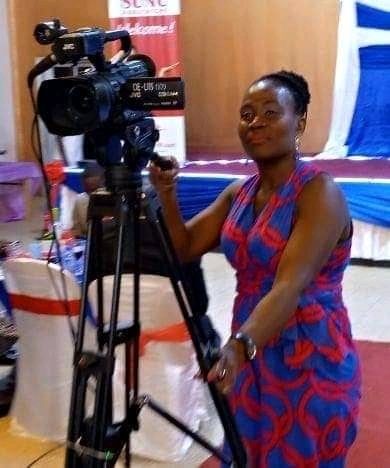 PAYNESVILLE – The stride for gender equality in leadership is generating results with more professional women taking advantage to compete with their male counterparts in electoral processes in the country.

One of such females making strides to achieve this, is a television switcher and camera operator as well as reporter at the Liberia National Television, Ms. Rachel Kollie, who was recently elected vice president of the Liberia Broadcasting System Workers Union (LIBSWU) in a male dominant leadership.

The LIBSWU’S election witnessed four men and two ladies competing for various positions of trust at the state-run radio station and television outfit.

Rev. Golowo described the electoral process as free fear and transparent, expressing gratitude to the workers for ensuring a process void of violence.

For his part, the Secretary General of the National Union of Hospitality Aviation Communication and Energy Workers (NUHACE) Brooks Tokpa, who represented his union as observer, thanked the workers for making sure the democratic process was rightly observed.

He urged the workers of state radio and television to maintain peaceful working environment following the democratic process.

Conceding defeat Mr. Victor Kezelee, who contested for the presidency, congratulated the president-elect Michael Karr, but not without registering that the election was marred by irregularities.

According to Mr. Kezelee, they as workers need to work collectively in moving the Union forward, but maintained that there were irregularities during the elections.

President-elect Michael Karr, for his part, extolled the workers for electing him, and noted that elections are over and it was now time for reconciliation.

The soft-spoken president-elect disclosed that during his first 90 days in office, he will ensure that the outgoing leadership headed by Mr. Moses Dorbor be audited.

According to him, the decision to audit his predecessor is not to create disunity but to ensure transparency and accountability.