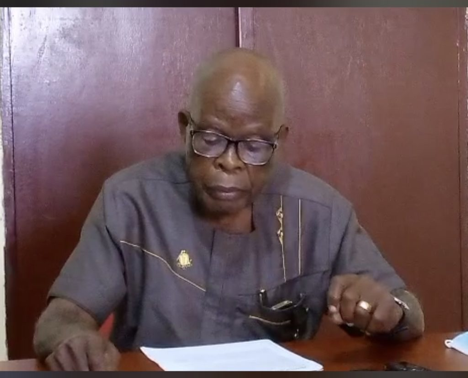 The Independent National Commission on Human Rights (INCHR) said it is seriously saddened by the events in which 29 persons lost their lives while more than 26 persons sustained injuries on January 19, 2022 at the D-Tweh Memorial High School Campus in New Kru Town.

INCHR is calling the Government and the church to provide compensation for the bereaved families.

“The Commission believes that developments of these natures require the full support of the government and the Church for the victims’ family through reasonable compensation leading to their burial,” he stressed.

He used the occasion over the weekend to express condolences to the bereaved families and at the same time urged them to take solace in the Lord during these difficult times.

Cllr. Brown added that the Commission avails itself of any modalities that regulate and ensure that ceremonies of these natures are properly given serious consideration through appropriate protocols that guarantee right to religion but most importantly the safety and wellbeing of citizens and residents.

He further noted that the Commission would collaborate with the Police to conduct an independent investigation to find the root cause of the tragedy that led to the death of citizens and residents.

Cllr. Brown indicated that the Commission also commends the Government of Liberia for taking bold steps by launching an investigation into the situation.

He emphasised that the Commission avers that the right to life is a supreme right without which other rights cannot be exercised including right to religion and conscience therefore, the Commission believes that the January 19 events should be a wakeup call to all Liberians including religious institutions and the government to set into motion appropriate means to avert the occurrence of this gruesome development that cause the lives of vulnerable persons, including pregnant women and children.