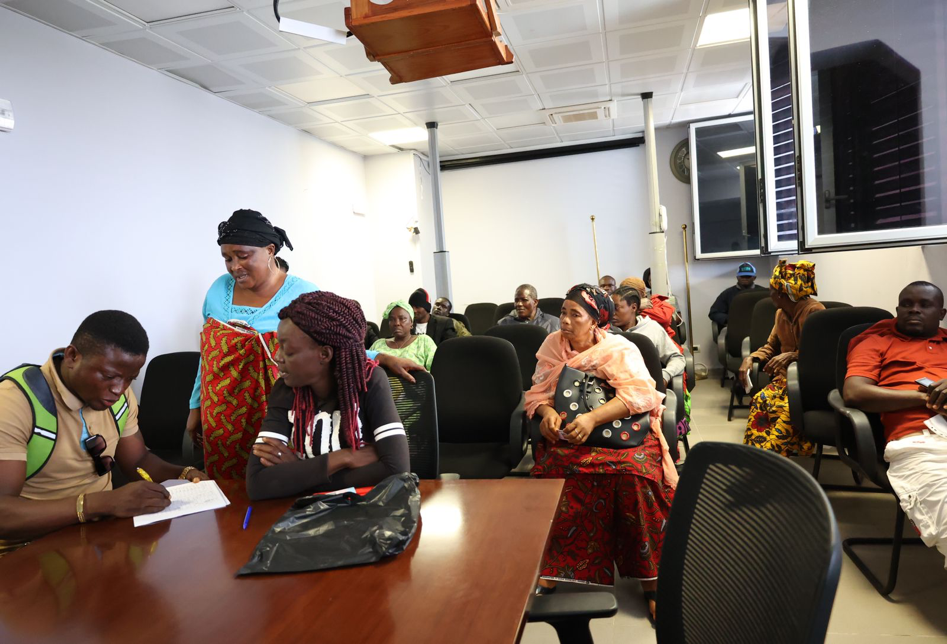 Consistent with Environmental and Social Standard-5 of the World Bank Environmental and Social Framework (ESF), the government of Liberia through the National Fisheries and Aquaculture Authority (NaFAA) has implemented the Abbreviated Resettlement Action Plan (ARAP) through the payment of compensation to project-affected parties along the 0.6km access road corridor of the Mesurado Industrial Fishing Port.

The government of Liberia, through the National Fisheries and Aquaculture Authority, received 40 million in loan and grant from the World Bank and intends to apply a portion of the money for the construction of the 0.6-kilometer access road to Mesurado Pier, Coast Guard Base, where Liberia’s first industrial fishing port is expected to be constructed.

Some of the beneficiaries of the Archipenko Community, near the Coast Guard Base, extolled NaFAA and the World Bank for their resettlement benefits, while assuring that they will depart the area in order for development to take shape.

The Community Chairman, Sieh Torbor, and other beneficiaries, including Abraham Soul, Jartu Johnson, Jartu Vannie, and others, said they were impressed with the processes that NaFAA, through the Liberia Sustainable Management of Fisheries Project (LSMFP), initiated, which led to all of them receiving their compensation from the World Bank funding.

The more than 80 occupants who termed the processes as free and fair promised to leave the community before the stipulated date set by the NaFAA through the Liberia Sustainable Management of Fisheries Project (LSMFP).

The industrial fishing port, when constructed, will be a major boost to the Liberian fishing sector as it would enable the landing of industrial vessels already fishing in the Liberian deep seas, create the atmosphere for huge employment across coastal counties in Liberia, and attract investment opportunities for the operations of multiple cold storages for post-harvest, among others.

It can be recalled that the Government of the Republic of Liberia, through the National Fisheries & Aquaculture Authority (NaFAA), received support from the World Bank Group (WBG) for the implementation of the “Liberia Sustainable Management of Fisheries Project (LSMFP) and is applying part of the proceeds for the implementation of the Abbreviated Resettlement Action Plan (ARAP) for the widening of the 0.6 kilometer (km) access road to the Mesurado Pier, Coast Guard Base, and Freeport of Monrovia.

Shortly, those facilities along the route to the Mesurado Pier office will be demolished for the commencement of road work toward the fishing facility near the coast guard base on Busrhod Island.