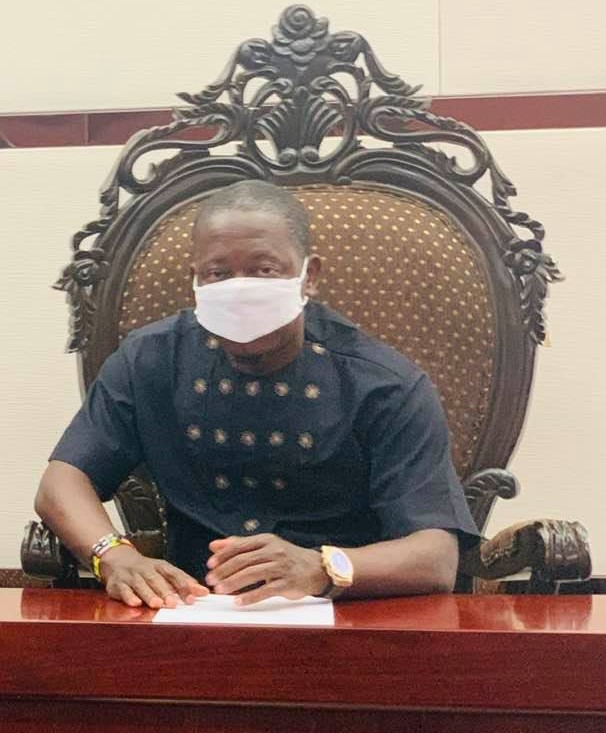 MONROVIA – Ruling party stalwart and Montserrado County electoral district #8 lawmaker in the House of Representatives, Acarous Moses Gray has opened a can of worms suggesting among others that there has not only been shameful abuse of power, but a failure of moral authority of the worst kind since the CDC-led government took power close to four years now.

Gray, an outspoken Rep, who was very vocal against societal ills especially excesses of the former regime headed by ex-president Ellen Johnson-Sirleaf, has until recently, turned blind eye to and kept silent on all missteps of the George Weah-led government.

Howbeit, in a recent Facebook post, the loquacious lawmaker has revealed that all is not well with how the CDC-led government is proceeding with the country’s governance process, describing same as honeymooning rather than actual governance.

He then insinuated that due to the many missteps in the country’s governance process on the part of the current regime, the writings are on the walls, and that “the honeymoon is absolutely over…”

Gray said the latitudes given for such honeymoon period have elapsed, adding that he too concedes of being guilty of the blunders in governing the country.

“We are resolved to end it after three years and nothing will change this popular people’s demand,” Gray stressed.

He recalled that certain government functionaries responsible for information dissemination have been underfunded, while few individuals in Government, whose names he did not disclose, “were and are more concerned about protecting their image then that of the Government and Presidency.”

However, many political pundits view Gray’s latest assertions as political grandstanding, indicating that the Montserrado lawmaker, who confessed that he has in the past used his legislative position to illicitly shield underperforming officials of government, will do nothing to correct the excesses of the Government.

Under the CDC-led government, Liberia’s economy has reached an all-time low, with hardship exacerbating on a daily basis. Banks are without money and inflation continues to soar at an undesirable height.

“Let’s save the next generation”