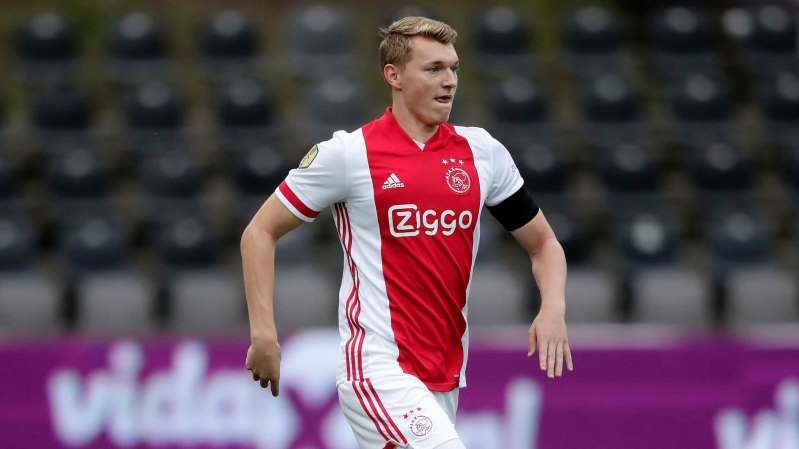 Ajax centre back Perr Schuurs is being targeted by Italian outfits Inter and Milan as the sides look to rebuild their defences.

The youngster has broken into the Dutch giants’ starting XI this season, helping them to first in the Eredivisie after eight games, and has previously attracted the attention of Premier League champions Liverpool.

Calcio Mercato claim the 20-year old Dutch centre half has caught the eye of the Italian giants with a string of impressive displays in the Eredivisie. Schuurs has drawn comparisons between himself and fellow Dutch defender Matthijs de Ligt in terms of physicality and style of play.

Similarly to De Ligt, Schuurs has a great sense of positional play and is more than comfortable playing out from the back.

He’s tied to a contract at Ajax until 2022, but that isn’t stopping suitors from scouting him, with Liverpool in the mix for defensive signings too with injuries to Joe Gomez, Virgil van Dijk and Fabinho leaving them short of options at the back.

It is being said that Ajax aren’t currently considering his future, but it is likely they’ll look to strike a deal for him as soon as an attractive offer is on the table so as to not lose him for free when his contract runs down in 2022.

Schuurs had a trial at Anfield as a 17-year-old and although he impressed it was decided it’d be was better to leave him in Holland with Fortuna Sittard and continue to monitor his progress. Following De Ligt’s departure to Juventus, Schuurs has earned himself a regular place in manager Erik ten Hag’s side.

His progress has been gradual since arriving from Fortuna Sittard to Amsterdam when he was just 16, but he is starting to make an impression and was called up to the Holland squad for the first time in September in recognition of his impressive form.