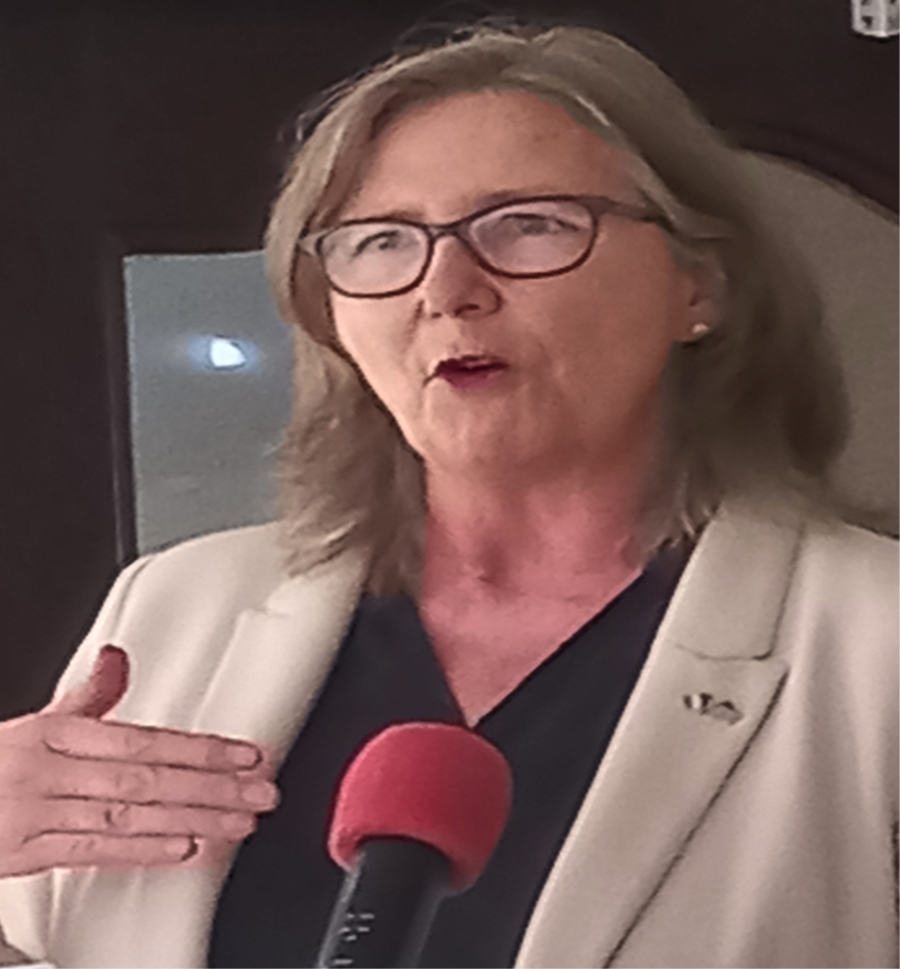 The Elections Coordinating Committee (ECC), in collaboration Thursday, December 2, 2021 launched its political governance project with a call to hardness women political participation at all leadership levels.

The Charge d’ Affairs of the Embassy of Ireland in Monrovia Liberia, Kate O’Donnell formally launched the project at Corina Hotel in Monrovia.

“In this project, Ireland’s support to this Elections Coordinating Committee ECC) will focus on three key areas to enable full participation of women at all levels in the society that can contribute to sustained peace and development”, she noted

The Ambassador said Ireland is happy to undertake such initiative, adding “we also urge the Government to support efforts to increase women’s political participation so that the legislature better reflects the population of the country”.

In her remarks she repeatedly mentioned the huge disparity between women at both local and national leadership levels and in various forms of political representations across the country and recalled specifically the violence that occasioned the election of Gbarpolu County Senator Gboto Kanneh.

“During the Special Senatorial Elections in December 2020, we saw how violence against women was perpetrated in Gbarpolu County”.

The project also seeks to increase civic and Voter education across Liberia and advance meaningful electoral reforms that will make women not just key players in elections, but also to educate ordinary citizens so that they can know that they are part of the political process in Liberia.

The Deputy Executive Director of National Elections Commission Samuel Cole for his part committed the NEC to work with Liberians of all works of life to help improve the conduct and credibility of elections.

Cole said the NEC “does not have exclusive control over what happens in the field” when it has deployed pool workers, noting that it is ordinary citizens who must own the electoral process.

He lauded the ECC for its “collaboration and work with the elections commission” which has over the years yielded fruitful results.

Making remarks on behalf of the Liberia National Police, Deputy Police Inspector General for Operations, Col Melvin Sackor asked the Press Union of Liberia and the religious community to plead with their members to stop using their platforms to disseminate what he calls “hate speech”.

“We are begging you to tell the journalists, and the pastors and imams to desist from preaching hate messages,” he said, adding, “we must use our platforms to advance peace and peaceful coexistence at all times”

Col. Sackor however said the LNP will work with everyone to protect the peace and stability of the county irrespective of political, ethnic, or social extraction.

The Law Reform Commission, the Governance Commission, the  Liberia Elections Observation Network, Democracy International, Internews- Liberia, and others made remarks at the launch of the Irish Aid/ECC project committing to collaborate and make the project successful.

Atty. J Cole Bangalu who represented the Collaborating Political Parties (CPP) in his remarks thanked the Government and the people of Ireland for the launch of the project and said the CPP is committed to working with the ECC and all other partners to ensure credible outcomes from all elections.

He however complained of unequal access to state resources during election and said the Elections Coordinating Committee, election observation groups, and the international community must endeavor to ensure there is straight enforcement of the code of conduct every step along the way.