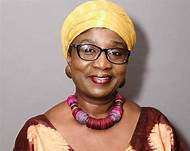 The political leader of the All Liberian Party (ALP) and member of the Collaborating Political Parties (CPP) Benion Urey, pledged the Collaborating party’s commitment to Supporting women candidates in the upcoming senatorial Election.

… Edith Gongloe Weh, Others Speak On Women’s Role In Politics

Mr. Benioni Urey made the remark at the launch of a fundraising dinner for CPP Female candidates.

He rained praises on incumbent senator of grand bassa County, Nyonblee Karnga-Lawrence and her team for hosting an impactful fund raising dinner to support the CPP female candidates.

“I am congratulating our daughter not only for organizing this program, but for where she has come from and standing tall among all women,” he said.

Mr. Urey also congratulated the CPP female candidates for taking up the mantle to compete.

“In my heart, you’ve already won for the fact you took up the challenge to run for the Senate, believe in yourself, you’re a winner, weather the results of the Election fall in your favor or not, you have already won by competing,” Mr. Urey asserted.

” I listened to each and everyone of you and I feel love and desire in your heart to move your country forward, and this is even more than a victory in an election,” Urey said.

Mr. Urey said male species of Liberia have always promoted and supported women and it is a clear perspective in history that men support women in their endeavors. As he made references to  Madam Angie Brooks Randall, Liberia’s first female Permanent Representative to the UN (1975-78) and the first woman to chair the UN General Assembly (UNGA); Madam Hanna Abedou Bowen Jones, another female Liberian Permanent Representative to the UN who served as VP to the UNGA (1983-84); Dr. Antoinette Sayeh, Director of Africa of the International Monetary Fund (IMF); Madam Ellen Johnson Sirleaf, who was democratically elected Liberia and Africa’s first female president, among others.

He pointed out that for Liberia Women are Associate-Justices , Ministers , Deputy Ministers , Directors and CEOs, so it has been traditionally clear that men have always supported women.

The ALP Standard bearer Urey then pledged the CPP’s full  to support women to reach their full potential” in politics.

“We are not going to stop, we’re going to continue our support to our women and see their potential,” Mr. Urey added.

For her part, Rivercess County District #1 Representative, and head of the Women Legislative Caucus, Rosana Shaack, encouraged women to vote for Women for electoral offices, She noted that with women as front runner voters, the males can also see reason to vote women into power, because they’re capable.”

” Women take the lead and vote for Women and encourage the men to see the potential in your colleagues”, she said.

“We know women have an outsized role in election, and we’re harnessing our electoral power,” said Rosana Shaack.

She called for more investments in Women. “That’s why we’re calling on you, to not only support women but to mobilize our female candidates for the election,” she said.

The Rivercess County Lawmaker then urged the CPP female candidates to remain focused despite the challenges and step forward to the Liberian Senate.

Also speaking one of the female CPP Candidates, Madam Edith Gongloe Weh, challenged her Colleagues to be fearless and take up the challenge.

Madam Gongloe Weh, the CPP’s candidate in votes-rich Nimba County said the despite the obstacles or challenges female candidates face it is important for them to stand up with bravery. She noted that money is one of the major obstacles standing between men and women political candidates.

She admonished women political candidates to be fearless and strong in the midst of financial influence and intimidation from men.

Madam Gongloe-Weh has an ambition of being the “Godmother” of Nimba County and promised to put her all into the December 8 special Senatorial election to break the barrier of the male-dominated Nimba Legislative Caucus.

According to her, her persistence to become senator is to restore the lost dignity of Nimba and restore the strong voice of Nimba in the Senate.

Said Madam Gongloe-Weh: “Our country is troubled because we continue to have a weak Senate. By the time we begin to look in our closet and bring out the best people with integrity and patriotism, Liberia will begin to take a better political turn. The road will be long, the challenges will be tense but once we stand united, there is absolutely no way, we cannot redeem Liberia.”

The female population in Nimba County accounts for 52% of the population but all of its lawmakers are men.

Madam Gongloe-Weh believes there is absolutely no woman representation on the caucus in Nimba and all nine members of the caucus are men.

“As I look at the county, I ask myself who answers to the call of women. Our women will not be disgraced, they have the money, we have the message. Today we have come to you.”

NEC wants US 1.9m for by-election in Lofa