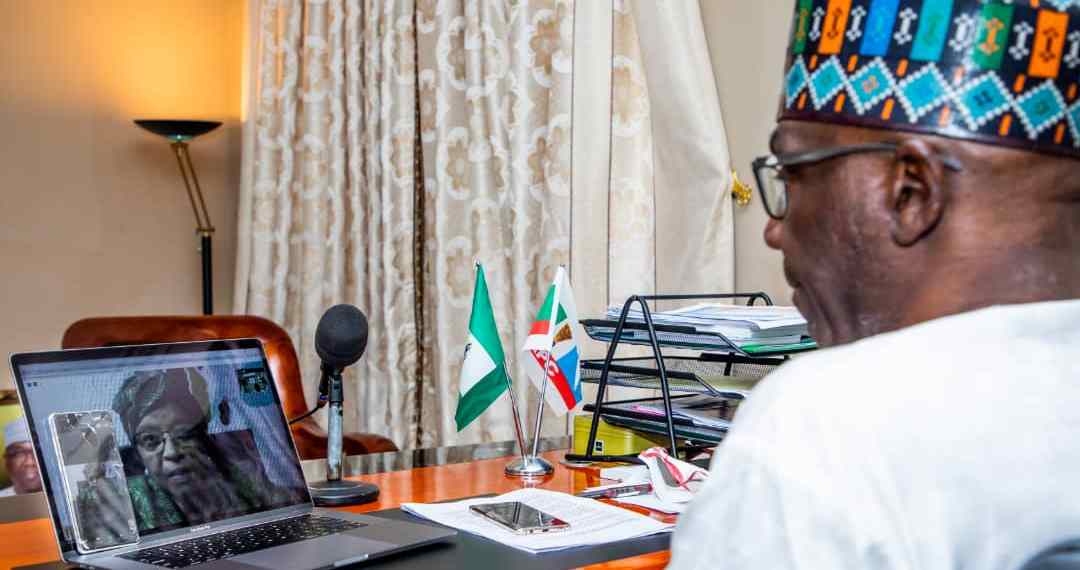 Mrs AbdulRazaq recalled steps so far taken in Kwara, including by her office, to promote gender inclusion.

Johnson Sirleaf, former Liberian President, says Kwara State is a model for women empowerment, as it demonstrates institutional reforms and political will as key for gender inclusion.

Ms Sirleaf made this remark during the First Kwara State Gender (virtual) Conference organised by the state government on Thursday in Ilorin.

The News Agency of Nigeria (NAN) reports that the theme of the conference is “Institutional Reforms, Political will, the key to Gender Inclusion”.

Ms Sirleaf said advocacy for women empowerment should include reforms at various levels.

She described Governor AbdulRahman AbdulRazaq as a regional leader in the promotion of gender inclusion, urging other Nigerian leaders to emulate him.

“You have demonstrated that ensuring parity in leadership positions can be done.

“You have moved considerably the numbers of women at the leadership level in the civil service and the numbers of female cabinet members are true to be applauded,’’ she said.

According to her, mainstreaming gender inclusion in governance requires institutional and legal reforms as well as deliberate efforts by political leaders to give women a fair chance to contribute their quota to development.

In his remarks at the virtual conference, Governor AbdulRazaq said gender inclusion was key to faster growth that leaves no one behind.

“We set out to offer a strong platform to state and non-state actors alike to discuss domestic, bilateral and multilateral strategies to increase women’s participation in our societies.

“True to that, we are joined at this conference by some of the strongest voices in the clamour for better opportunities for women in Africa.

“Kwara State is actively taking the lead in the campaign for gender inclusion because we are convinced that society works better and grows faster when no one is denied equal opportunities to succeed.

“We have no regret pursuing this noble cause,’’ he said.

The United Nations Women Representative to Nigeria and ECOWAS, Comfort Lamptey, called for increased support for various measures that break all the barriers against women.

“We urge you to encourage other governors and bring them on board in this quest for gender equality,” she said.

“ECOWAS has adopted several instruments and established institutions to secure social protection for women and increase their participation in governance.

“One of such instruments is the supplementary act on equality of rights between women and men for sustainable development in the ECOWAS region,’’ Mr Tunis said.

Mrs AbdulRazaq recalled steps so far taken in Kwara, including by her office, to promote gender inclusion.

“I trust that we will continue the conversation within and among communities to amplify the voice of every girl, listen to the word of every woman and support women in the political process,’’ she said.

The virtual conference was also attended by Deputy Secretary-General of the UN, Amina Mohamme ByAgency Report

d and Minister of Women Affairs, Pauline Tallen among others.

“We Must Raise Generations of Hardworking People, Not Beggars.”

VP Taylor to Stand Amongst 100 Most Influential African Women