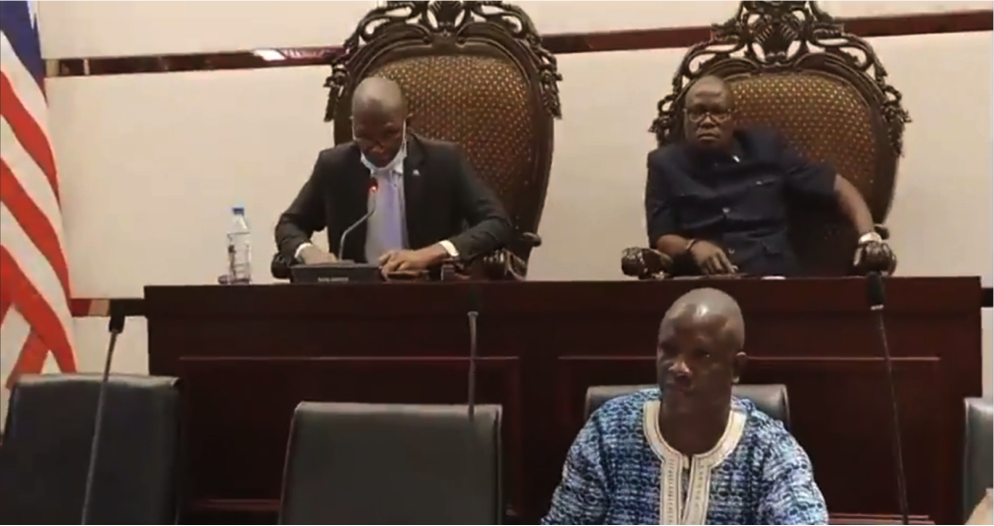 Representative Vicent Willie of District # 4 in Grand Bassa County has accused some of his colleagues of receiving money for the ratification of the ArcelorMittal Mineral Development Agreement.

Rep. Vicent Willie, who is a member of the Houses’ Joint Committee that reported to Plenary on the MDA, posted on Social Media that some members of the House of Representatives received bribe to pass the MDA, which many have described as bad deal. Rep. Willie said though his colleagues received bribe but they destroyed their plan of wanting to pass a bad deal. He said only selfish people would go against the committee’s report. He at same time challenged the Liberian Senate to act rightly.

“Here is the House of Representatives Joint Committee’s Report vs. what were requested by the proposed 3rd Amended of the AML Concession. We have played our part as Committee and endorsed by plenary… Who in their right mind that love Liberia will go against such a report. We destroyed your plan. Let the Senate act, Liberians are watching us,” Grand Bassa County youthful Lawmaker said.

The House of Representatives in its Special Sitting on Thursday December 16, 2021 passed on a joint committee report that requested the Executive to modify the Mineral Development Agreement between the Government of Liberia and ArcelorMittal Liberia Holdings Limited.

The Grand Bassa County Lawmaker however alleged that some of his colleagues pretended to have been against the passage of the MDA that they described as bad deal, but said they took bribe to pass the deal. The lawmaker has vowed to further expose the alleged criminal syndicate.

“So your too AML money for the passage of the bad deal, but pretended to have been against such a good report. Trust me, the money and the awarded contract will be exposed,” the Lawmaker wrote on his Facebook page.

Plenary’s decision to pass the bill came when Montserrado County District #16 Representative Dickson Seboe proffered a motion during the 18th Day Sitting of the Special Session.

The committee’s report highlighted a few critical areas that need modification. Key areas; Article 3 of the proposed Amendment was calling for the Exclusive Rights over Liberia’s Railroads and a near Absolute control over Liberia’s Port of Buchanan; something the Joint committee sees as a complete monopoly of the Railroad and the port of Buchanan, thereby deleting that portion in its entirety.

The Third Amendment, among other things, ArcelorMittal will make US$800 million Investment in Liberia, which will provide the Government of Liberia with US$55 million within 19 months of ratification.

Firstly the Committee request that it be written in the agreement that county social development fund is increase from 3million to 5 million.

Secondly that Yekepa be brought to prewar status. Mittal had previously committed to the construction and or renovation of 1800 houses received in its current 2005 MDA. AML has renovated or constructed less than 300 houses of the total 1800 houses.

That the National Housing Authority be authorized to draw up a housing unit plan to be used by AML for the construction of 1800 housing Units.

These modifications to the AML MDA follow a careful review by the Committees on Investment and Concession, Judiciary and Ways, Means, Finance & Development Planning.

In a report to Plenary Thursday, December 16, 2021 the Committees craved the indulgence of Plenary to pass the agreement; with the above mentioned amendment which its believes will serve the best interest of Liberia and its people.

The Committees also recommended that the National Housing Authority draw the plan of housing design to be used by the AML, recruit citizens from affected communities and provide jobs, rehabilitate roads in those counties.

The report further recommended that the company assist with the repair of a 2.5km bridge linking the rest of Grand Bassa County with the Liberia Agriculture Company facilities as part of its social responsibilities to Grand Bassa County.

Meanwhile, the House of Representatives has forwarded the instrument to the Liberian Senate for concurrence.