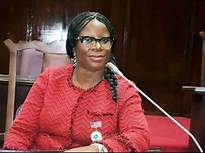 The Supreme Court of Liberia has reserved ruling into the four opposition Collaborating Political Parties (CPP’s) petition seeking to clean the voters’ roll and to prevent the conduct of two representatives’ by-elections on December 8, 2020 along with the Special Senatorial Elections and the National Referendum.

The High Court’s decision follows Monday’s legal argument with CPP’s lawyers and the National Elections Commission (NEC) which was characterized by claims and counterparts claims with the intent of convincing the court for judgment.

During Monday’s proceeding, the CPP’s lead lawyer, Cllr. Benedict F. Sannoh, who is also former Minister of Justice and Attorney General of Liberia said, election is a process that must be held within the stipulated timeframe as provided by the Liberian constitution.

Cllr. Sannoah maintains that the NEC has violated the 1986 Constitution of Liberia and that Article 37 of the Constitution is mandatory, as such, it must be enforced by the Legislature.

Article 37 of the Liberian constitution states that “In the event of a vacancy in the Legislature caused by death, resignation, expulsion, the Presiding Officer must within 30 days notify the National Elections Commission. The Commission shall not later than 90 days thereafter caused a by-election, provided said vacancy occurs within 90 days”.

The CPP’s lawyer maintained that both days have elapsed, and as such, NEC was in error to have reversed the senatorial elections date to December contrary to the timeframe provided by the constitution. He stressed a writ of mandamus will lie in the event.

However, Cllr. Wilkins Wright, the NEC lawyer, who is also former Associate Justice of the Supreme Court of Liberia categorically rejected the CPP’s claim that NEC is in error.

Cllr. Wright maintains that for NEC to comply with the 90-days, it must be notified by the Legislature.

Representing the Ministry of Justice, the Solicitor General of Liberia, Cllr. Syrenius Cephus, told the High Court that the Writ of Mandamus filed by the four Collaborating Political Parties (CPP) is naked and that government acted within the stipulated constitutional timeframe.

Cllr. Cephus said the writ was hastily filed and pleaded with the court to dismiss the petitioners’ application until the proper writ is filed before the court.

The four Collaborating Political Parties’ new petition for a writ of mandamus comes after the Justice- in- Chamber declined to grant their previous request to the Supreme Court seeking similar writ consistent with Chapter 16, Section 16.22 of the Civil Procedure Law of Liberia.