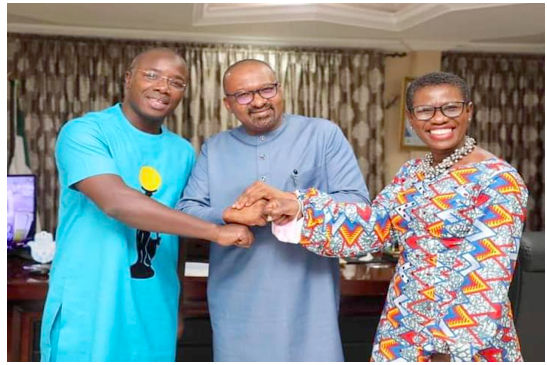 What affects our neighbors also affects us, the Office of the Mayor of Monrovia stated, expressing deep concern over the situation in neighboring Sierra Leone, and asking them to exercise restraint and respect the rule of law. The situation in Sierra Leone has been a source of tension between street protesters and state’s security personnel of the country.

He said seeing the people of Freetown take to the streets in order to demonstrate their dissatisfaction with the country’s leadership, their inability to access fundamental social services, and the country’s worsening economic situation is extremely upsetting.

Following the subsequent escalation of the situation, which included the destruction of goods and services, the deaths of security personnel and civilians, the imposition of an immediate curfew by the government, and the reported shutdown of the internet, the situation led to the burning of tyres and cars, as well as the destruction of goods and services.

Mayor Koijee said the entire continent of Africa and the rest of the world have been taken completely by surprise by this development. “We in Monrovia, Liberia, who are immediate neighbors to the people of Sierra Leone, are much more concerned about the situation. Not only our country, but also the countries that are immediately adjacent to us, such as Ivory Coast and Guinea”.

“We urge everyone to remain calm and are requesting an investigation of the events and circumstances that led up to the demonstration, as well as the injuries and fatalities that resulted from it”.

The young Mayor wants the protesters to keep in mind that Sierra Leone and Liberia are similar to the teeth and the tongue. He said what Sierra Leone is facing has the potential to set off something in one of the other countries in our close environs.

“We would want to extend our gratitude to ECOWAS, the United Nations, the United States, and other embassies accredited in the vicinity of Freetown that have all spoken out on this issue, and we look forward to quiet and the restoration of peace and tranquility,” he said.

Following such a heartbreaking occurrence, the Mayor said he is keeping the relatives of the victims in his thoughts and prayers, and prays that they will find solace in the Lord.

“We send our deepest condolences and best wishes to our dear sister Yvonne Aki-Sawyerr, who serves as Mayor of Freetown, during this trying time. We will continue to lift you and your team up in prayer. This too shall pass at some point”.

He said it is impossible for our unpleasant history as neighbors to be repeated if we keep engaging in the same behaviors that lead to conflict; now is the moment to let peace prevail and democracy flourish. Let us give the prospect of peace a chance.