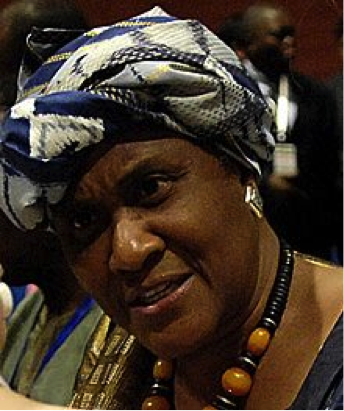 MONROVIA- Former Minister of Foreign Affairs, now Chair of the Board of the Angie Brooks International Centre (ABIC), Madam OluBanke King-Akerele has alarmed, indicating that Liberia is at a great risk due to what she calls the growing threats youth of the country are faced with regarding the abuse and proliferation of illicit drugs in the country.

Recently, this paper published Part-one of a literature penned by the former minister of Foreign Affairs – she coined the write-up “The Patriot’s Cry”, and therein addressed several issues of national concern, and promised she would come up with part-two.

True to her words, Madam King-Akerle, in Part-two of the “The Patriot’s Cry” released Tuesday, wrote that there is a growing threat to young people in Liberia regarding drug abuse and the proliferation of drugs in various forms, noting that  children from elementary school upwards are being exposed to same.

She stressed that the role of adults in this also deserves urgent attention, indicating, “drugs in milk candy; in farina; in coconut candy, pepper soup etc.” “What kind of people are we? Madam King-Akerele wonders.

“In addition, the proliferation of drugs in our society at large is very, very serious. Moreover, it is also prevalent in the rural areas affecting our youths,” she emphasized.

Madam King-Akerele is of the belief that the drugs situation in Liberia is closely linked to the growing insecurity threat facing the nation.

As a way of remedying the situation, the ex-minister of Foreign Affairs wants the George Weah-led government to heed experts’ advice being given the government on the issue.

She made specific reference to recommendations made by a former Deputy Director of Operations of the Liberia Drug Enforcement Agency (LDEA), Mr. Albert Chelly, who she quotes as proposing that government calls on its international partners to help, noting that it is increasingly clear that the Liberian government needs capacity enhancement to deal with the drugs and insecurity challenges the country is being face with.

“Not only do I entirely endorse his recommendation but I commend his boldness in making such a proposal, consistent with the imperatives of his former portfolio. That is what patriotism is about,” wrote King-Akerele, while cautioning that “Government needs to listen and take seriously the advice of one of its own experts and take action!”

“Of significance is that this is what is referred to as “Early Warnings!!” the former minister further wrote, stressing that “Ignoring such “early warnings” puts “Mama” Liberia at great risks.”

She continued: “Let us not wait till things deteriorate further and we ask ourselves when did this happen? It is happening now, now, now! We must act now so as to avoid Liberia heading down the road of another Drug infested Colombia in South America, with its attended violence that has become endemic in that Country.”

Cummings’ fate hangs in the balance