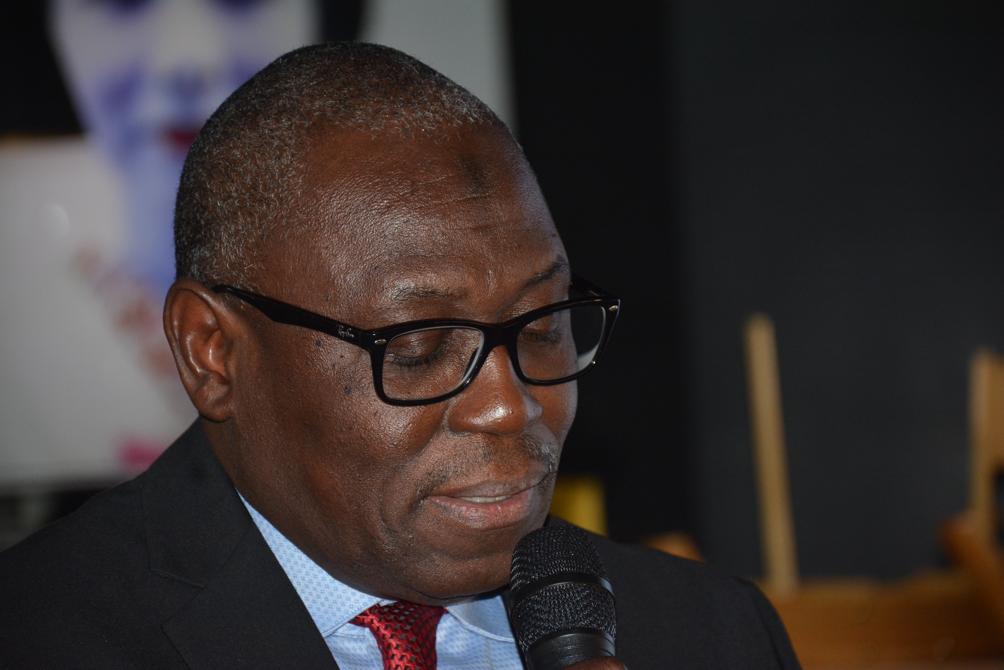 Monrovia, Liberia, December 16, 2022:Internal Affairs Minister Varney Sirleaf is urging Liberians to remain peaceful and calm during the up-coming 2023 elections. Minister Sirleaf said Liberia is proud to have conducted three post-conflict elections that witnessed the peaceful transfer of power, and it is important that the country continues on that trajectory to maintain durable and sustainable peace, reconciliation, and social cohesion.

Speaking when he officially launched a UN Peace Building Fund (PBF) support project on “Peaceful Electoral Environment & Community Security in Liberia” on December 14, 2022, in Monrovia, Minister Sirleaf stressed that a violent-free, transparent, and inclusive election remains critical to sustaining Liberia’s hard-won peace and that it requires national ownership of the process, respect for the rule of law, each other’s rights, and political opinions; building public trust and confidence; forging partnerships; and demonstrating a commitment to a smooth and peaceful transition of power.

The project, he said, adds value to the electoral process as it seeks to address the problems associated with peaceful elections using early warning and response mechanisms before, during, and after elections.

“The project will complement the government’s efforts to strengthen peace and security and the consolidation of our democracy by ensuring that the country experiences inclusive, transparent, credible, and peaceful elections in 2023.” I am encouraged by the fact that the project will strengthen the participation of vulnerable groups, especially youth, who make up 60 percent of Liberia’s population and are often prone to manipulation to cause violence, as well as women and people living with disabilities.

With the continued marginalization of women and youth in the political process, the United Nations in Liberia wants to see a credible, transparent, and inclusive election process that affords women the space, security, and empowerment required for them to compete in the political space and feel safe to participate.

Stephen Rodriques, UN Resident Coordinator ai and UNDP Resident Representative in Liberia, also emphasized the importance of youth in the election process during the launching ceremony.

“Young people are the future of the country and have the capacity to be productive and to transform Liberia if provided with the right resources, support, and opportunities.” “Unfortunately, they are often manipulated to foment violence during elections and discarded thereafter,” Rodriques stressed.

Mr. Rodriques noted that with the peacebuilding project, the United Nations (UN) together with the government and civil society intends to engage youth and integrate them into community policing mechanisms so that they can interface with law enforcement agencies to undertake effective early warning and responses to electoral conflict.

He said he was confident that the National Elections Commission could run fair elections. He also asked politicians and political parties to do their part by not misleading the public, monitoring the election process in a constructive way, and going to court to settle disagreements.

Also making remarks at the ceremony, the Swedish Ambassador to Liberia, Urban Sjöström, emphasized that 2023 remains critical to Liberia’s development and prosperity in continuing the path to sustainable peace following three consecutive elections. Ambassador Sjöström wants all political parties in the election process to adhere to the Violence Against Women in Elections (VAWIE) document that gives women the political space to compete and urges them to use the rule of law to address any grievances.

The Co-Chair of the National Elections Commission, Counselor P. Teplah Reeves, and Attorney Massa Jallabah of the Ministry of Justice also expressed commitment to ensuring a credible and transparent electoral process and pleaded with political groups and communities to adhere to peaceful elections.

Its goal is to make sure that elections in Liberia are peaceful by helping with conflict prevention and reducing widespread insecurity, violations of human rights, and violence before, during, and after elections.

The interventions will also allow for political competition, participation, and legitimacy, as well as support the training and capacity development of the state security apparatus, CBOs, media, and other actors.

“Young People Are Capable of Conquering the World”

From First Lady to Vice-President; Face to face with Liberia’s Jewel...