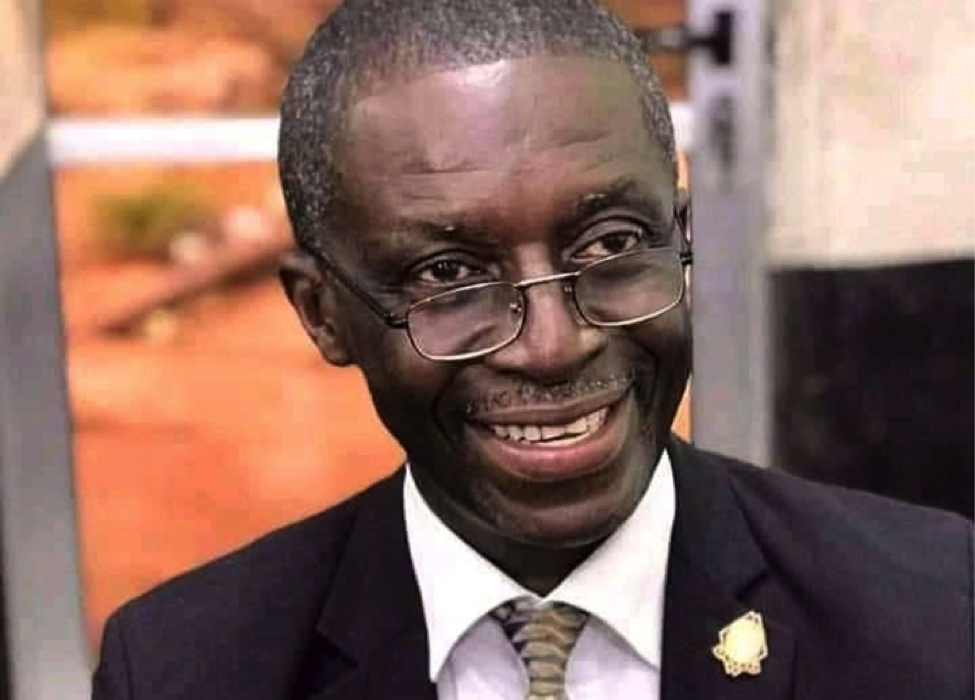 The Liberian People’s Party (LPP) has chosen Tiawan Saye Gongloe as the party’s standard-bearer. HB Fahnbulleh led the party in both the legislative and presidential elections of 2017. On September 16th, 2022, Gongloe won an uncontested election in Gbarnga Bong County using a white ballot.

On Friday, May 6, 2022, the Liberian People’s Party (LPP) gathered in Monrovia, where Congress elected Yanqui Zaza as Chairman and Comrade Leon Talery as Secretary General, among other party officials. Prior to the 2023 legislative and presidential elections, party leaders stated that the crucial tasks of creating the party and expanding its apparatus and membership could now get underway.

The LPP was established in 1983, or just under 39 years ago. But during the 1985 election campaign, harsh People’s Redemption Council (PRC) leader Sergeant Samuel Doe banned the party.

The PRC, which overthrew the True Whig Party (TWP/oligarchy) in 1980, organized, fought for, and sensitized citizens to vote it into power, but it also ran a de facto one-party state and did everything in its power to stifle the progressive intelligentsia, with Samuel Doe determined to take over as president and refusing to go back to the barracks as he had promised on the morning of April 12, 1980.

In response to the Amos Sawyer for Mayor Campaign and the popularity of the progressive forces, which also saw the Progressive Alliance of Liberia (PAL) leader Gabriel Bacchus Matthews and the United People’s Party (UPP) enjoying significant grassroots support, reports claim that the military regime banned the LPP out of fear that it would win the elections.

The LPP, the dominant party at the time, likewise outlawed the UPP. As Doe and his henchmen did all in their power to rule by decree, pundits claim that the PRC arbitrarily sabotaged the democratic process by stealing the vote and harassing progressive leaders, who were either driven out of the country or silenced. According to progressive sources, the UPP was born from PAL, whilst the LPP was born from the Movement of Justice in Africa (MOJA).

According to reports, the progressive social democrats in Africa, particularly Liberia, are enthusiastic about the upcoming 2023 presidential and legislative elections because they are running a well-liked grassroots candidate and a man of integrity who has made corruption the central issue of his candidacy. On May 6, 2022, they chose Cllr. Gongloe as their leader and standard-bearer of the LPP.

According to observers, Comrade Tiawan Saye Gongloe is the only potential leader of the LPP candidate who has offered for the position. “The former Bar Association President has distinguished himself both in the public and private sectors and is pledging to transform the country based on the rule of law,” Weah Karpeh, the head of Gongloe’s media team, said.

Because of his dedication to upholding the rights of all Liberians in accordance with the rule of law in Liberia, a record that can be verified, he transcends all political, cultural, regional, and religious divisions.

Mr. Tiawan Saye Gongloe is running on a strong platform, promising to rebuild the economy of the nation by prioritizing agriculture, health care, and education in what he calls “The Better Liberia Agenda,” which is based on transformational change for prosperity.

The candidate has promised to put the devolution of power into action, especially in light of the imperial presidency’s continued strangulation of the other branches of government with its unrestricted authority to appoint, which is a key contributing factor to conflicts in the nation.

According to sources, he is the front-runner for the opposition in 2023 because of his unmistakably progressive platform and desire to alter how history is taught.

Tiawan Saye Gongloe is a transforming “public servant,” according to sources. Since Liberia’s independence in 1847, he was the first Solicitor General to designate college-educated attorneys as county attorneys in each of the country’s 15 counties, enhancing the Liberian government’s ability to protect citizens’ rights and exercise its judicial authority.

Gongloe increased the cost of a work permit for those who didn’t reside in Liberia from USD 400 to USD 1000 by passing Regulation Number 17 while serving as Labor Minister. This required international employers to hire more Liberians and hire fewer non-Liberian employees or fire them altogether.

Gongloe’s most recent leadership position at the Liberian National Bar Association speaks for itself; even though the bar was deeply in debt when he took over, he left the organization solvent with over USD 100,000 in its coffers that were raised over a three-year period. Even the first floor of the LNBA’s three-story headquarters, which is currently being built on the Robertsfield Highway in Margibi County, was built by him.

Even better, he established a licensing system that has made it simple to locate every lawyer in Liberia. Sources claim that the money he raised for the bar was entirely domestically produced using the Liberian National Bar Association’s constitution and mostly free of international assistance.

While acting as Minister of Labor, he also wrote the Decent Work Act and submitted it to the president. Recently, the presidential contender pledged to govern Liberia in accordance with legal requirements and international best practices. He declared that in order to provide employment for the unemployed youth and the rest of the people, he would accomplish this by enhancing law enforcement and placing a larger premium on manufacturing.

He is the only candidate to date to have garnered attention for these policy concerns, which is reflected in his 10-point strategy for lasting change.

According to reports, he also drafted the Kamara A. Kamara bill, which was passed into law under Weah’s administration and decriminalizes speech and releases Liberian journalists from unjustified harassment and prosecution by the powers that be.

Gongloe is a supporter of the media and has provided free legal assistance to journalists working around the nation, especially low-income individuals who are unable to pay their legal fees. The human rights attorney has earned the moniker “poor man’s lawyer” for both the services he provides and the greater conflict resolution he seeks to achieve.

The Coalition for Democratic Change (CDC) and the former ruling Unity Party have failed miserably, according to commentators and pundits, and Liberians are looking for a clear replacement to lead the country at a time when the CPP’s leaders, Alexander Cummings, Benoni Urey, and Joseph Boakai, are engaged in a power struggle while publicly accusing each other of wrongdoing.

In order to redeem the nation and set it on the path to prosperity, the LPP candidate for higher office declares that he seeks to fill this hole. According to him, corruption is the greatest problem holding this nation back and results from a complete lack of regard for the law, for human rights, and for nationalism and patriotism. If Gongloe is elected, he will be the first son of Nimba to live in the White House and the first really progressive leader.

Liberians call him a gentle giant and they are right.

An aggressive advocate for the rule of law and one of Liberia’s most knowledgeable human rights lawyers has expanded the scope of his advocacy.

He has taken on the responsibility of enacting the transformation he desires in Liberia.

“Our Party Will Lead the Way”