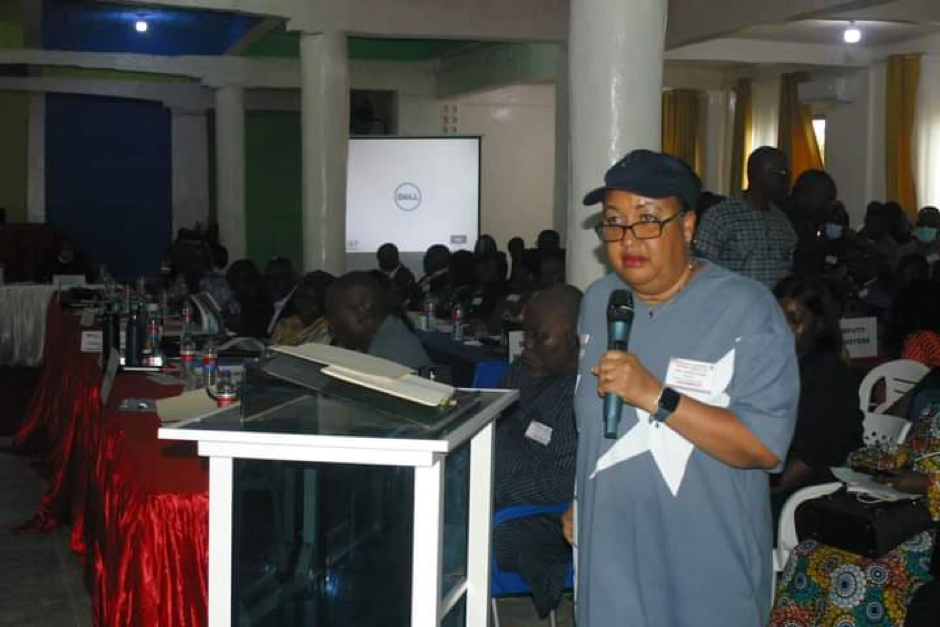 Achieving high income status is one of the main objectives of every developing nation, and agriculture is key to transforming economies in order to accomplish this aim as well as other crucial development objectives like providing food security and enhancing nutrition. So, if we wish to eradicate hunger and malnutrition while also accelerating economic growth, agricultural revolution is required.

Because agriculture provides the main source of income for 60% of Liberians, boosting the country’s agricultural sector in this developing nation is primarily focused on increasing productivity and involving more people in producing their own food for consumption and sale.

Cassava, rubber, rice, oil palm, cocoa, or sugarcane production is a common source of income for families or farmers.

In that case, Agriculture Minister Madam Jeanine Milly Cooper highlights commercialization of the Liberian agriculture sector as a key achievement in the transformation of the country’s agriculture sector on day two of the of four-day national cabinet retreats under the incumbency of President George Manneh Weah since he took office in 2018, with the theme: “Pushing Forward for a Better Liberia,” held at the Peace Empire Hall in Gompa-Ganta City.

She claimed that despite the difficulty in obtaining financing, the Ministry of Agriculture has increased livestock and agricultural production from modest holdings and has commercialized agriculture, giving the industry a significant boost.

Although Madam Cooper stressed the export of cash crops as primary commodities, the Ministry of Agriculture needed to change by industrializing and adding value.

The majority of the eggs Liberians consume will originate from Liberia by the end of 2022, and by early August, 27,000 layers will be flying in from the Netherlands, according to Minister Cooper, who presented her Ministry’s progress reports and goals to the government.

She continued, “We have also established a field mill at the Free Port of Monrovia to equip Liberian farmers with poultry and livestock fields so that they may later supply the rest of the country with eggs and hens.

She underlined once more that J. Palm is expanding all around Liberia and making fresh local honey.

Her consideration did not, however, include the widespread production of Liberia’s staple foods, such as cassava, rice, and others, which are staple foods for many Liberians.

The Pro Poor Agenda for Prosperity and Development (PAPD), the government’s development plan, includes the agriculture sector as a strategic pillar. If duty holders can effectively maximize the potential of the country’s strategic sector, the people will greatly benefit through empowerment, job creation, and long-term development, respectively.