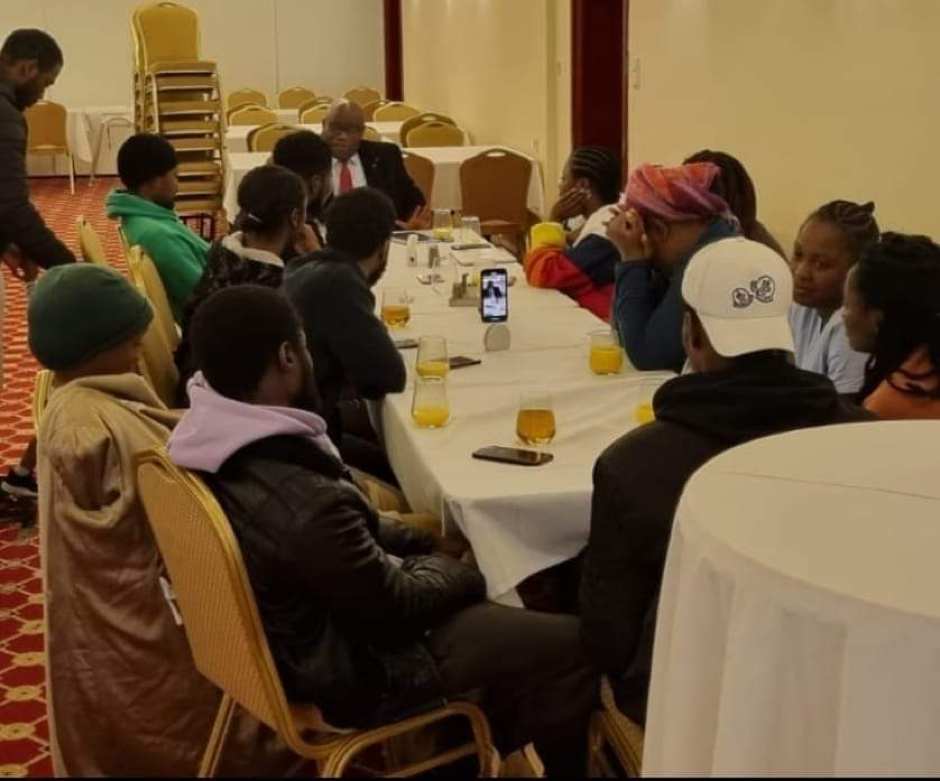 Liberia’s Ambassador to the European Union and the Benelux Countries, Isaac Nyenabo II, has arrived in Warsaw, Poland, according to a dispatch from Europe, as the Liberian government ramps up efforts to provide safe passage and refuge for hundreds of Liberians, including students, fleeing the Ukraine conflict.

Following his visit, Ambassador Nyenabo met with some of the Liberian students studying in Ukraine and discussed the measures being taken by authorities in Monrovia to assure their safety and well-being, as well as the possibility of evacuation.

The dispatch claimed that Foreign Minister Dee-Maxwell Kemayah, Sr. joined the meeting via Zoom and assured the students, on behalf of President George M. Weah, of the government’s entire commitment to ensuring that they are secure. He also expressed gratitude for their perseverance thus far.

According to the announcement, “Minister Kemayah addressed the students that President Weah has directed the Ministry of Education to meet with their families and develop a database that will offer details on each and every student to enable the government to effectively respond to their welfare.”

Meanwhile, Ambassador Nyenabo informed the students that a Note Verbale was issued to the European Extended Action Service on March 2, 2022, demanding a meeting with EU officials in Warsaw. On Friday, March 4, 2022, the Liberian delegation will meet with the European Permanent Representative in Warsaw to discuss the condition of Liberian students and what can be done to help them with humanitarian and repatriation requirements.

Ambassador Nyenabo is also expected to visit to surrounding cities to assist students who are attempting to enter Poland, Hungary, and other bordering countries, according to the dispatch.