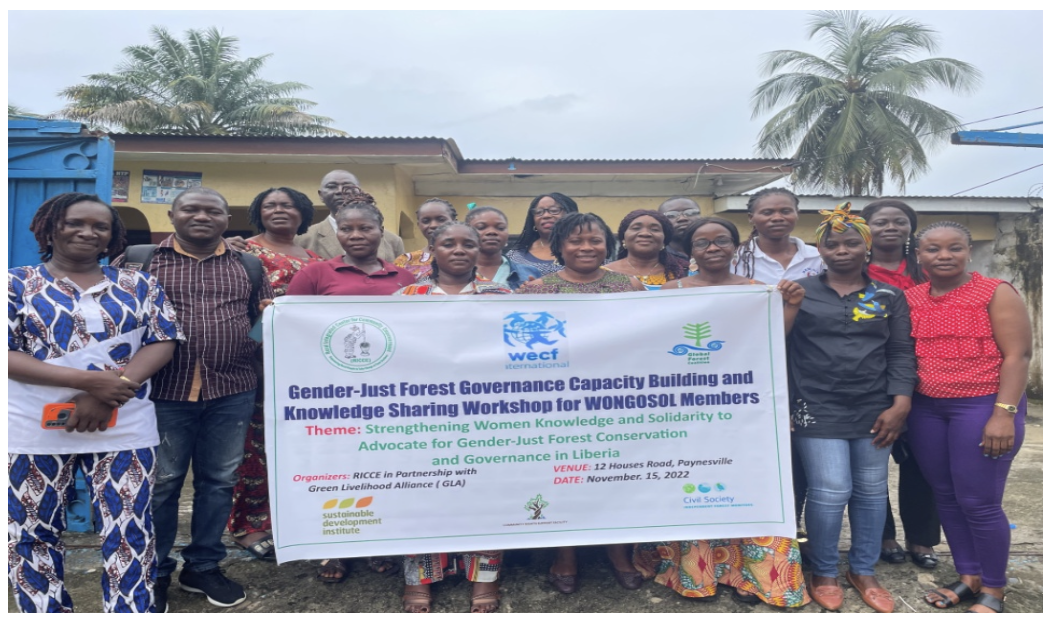 Fish Market, Sinkor, Monrovia, Liberia—November 18, 2022: The West African Development Company (WADCO) has officially started building the Monrovia Mall in Sinkor. This will be a modern shopping center that will cost a total of US$47.4 million.

The ground-breaking and project unveiling ceremonies for the standardized facility were held on Wednesday, November 16, 2022, at the project’s proposed site in the compound of the ERA Supermarket in Fish Market, Sinkor.

Elaborating on the overview of the project, Mr. Justin Ngwashi Chinyanta said the project is in two phases and is expected to last about 18 months.

With the involvement of some experienced African experts (anchored by South African design and architecture) as the core technical team, he said the facility will be an iconic venue in Liberia and one of the very best in the West African region.

Liberia’s Vice President, Dr. Jewel Howard Taylor, made a brief remark during the groundbreaking ceremony, which was attended by several dignitaries from the national government and the business community.

encouraged the group to prioritize Liberians in its employment, especially in key positions.

“I’d like to thank everyone involved with this project.” “We are ensuring that the Liberian content is a part of this project; we can no longer accept projects that are purely foreign dominated, and our president has been clear that Liberians must take part in their economy, so make sure that Liberians are hired,”  she said.

She said With reference to the Mall project as well as several others that are being implemented, it’s a proven fact that intrinsic efforts are being made by the leadership of President George Weah for the betterment of the Liberian population.

VP Taylor, however, appreciated the group for the investment, thus considering it to have a significant impact not just for the national government but for the people of the Republic of Liberia.

However, the Finance and Development Planning Minister said the construction of the mall would implement the fact that the country is developing and on the right developmental trajectory.

He demonstrated his commitment by growing the country’s economy and empowering ordinary Liberians, whom he believes are the only sources of keeping the government effective.

He lauded the group for the initiative and expressed his desire to see an effective secondary debt market in Liberia.

However, the Governor of the Central Bank of Liberia, Aloysius Tarlue, said the project comes with huge benefits, including job creation.

He encouraged the group to expand its intervention to other parts of the country.

He believes the construction of the mall is conspicuously in line with the pro-poor agenda for prosperity and development and a cardinal accomplishment for the national government.

For his part, the Louisiana Revenue Authority boss characterized the increase as a boost for the country’s revenue.

Mr. Thomas Doe Nah urged the group to continue its commitment to the growth and development of Liberia.

At the same time, the head of the National Investment Commission reechoed Liberia’s openness to the global market for business.

He thanked the West African Development Company (WADCO) for the project and encouraged Liberians home and abroad to invest in it as it seeks to boost the country’s economy.

He assured the Commission’s support for the project as the implementation and construction go on.

Howbeit, District 9 Representative Frank Saah Foko thanked the group for considering his district as the venue for the mall.

He said the construction of the mall in the district would be a significant benefit for the people of the district, specifically through job opportunities.

So, the current investors have made a private placement offer to individuals and institutions (investors) who might be interested in making a debt or equity investment in the project.