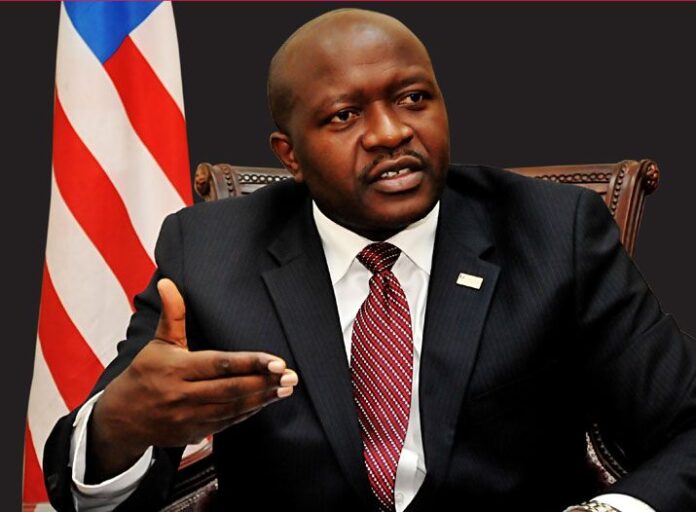 According to information posted on AfDB’s website, as of Monday, the Bank states that it is pleased to announce the appointment of Ngfuan and scores of other Country Managers for countries which fall within its Regional Member Countries status including Central African Republic, Ghana, Madagascar, Mali, Sierra Leone, Togo and Uganda.

Ngafuan, an economist, accountant and diplomat, according to AfDB, brings to the Bank many years of experience in public sector management with leadership roles in the banking sector and the Government of Liberia.

The newly designated AfDB Country Manager of Uganda recently served as a member of the Board of Directors of Ecobank Liberia Limited, and as Interim Head of the Project Complaint Mechanism at the European Bank for Reconstruction and Development (EBRD) respectively.

Ngafuan former served as Minister of Foreign Affairs and Dean of the cabinet during the reign of former Liberian president Ellen Johnson-Sirleaf. He was also the Minister of Finance of Liberia from 2008 to 2012 after serving as Director General of the Bureau of the Budget of the Republic of Liberia.

As Minister of Finance, he was Liberia’s Governor to the Board of Governors of the African Development Bank, the International Monetary Fund, and the World Bank from 2008 to 2012.