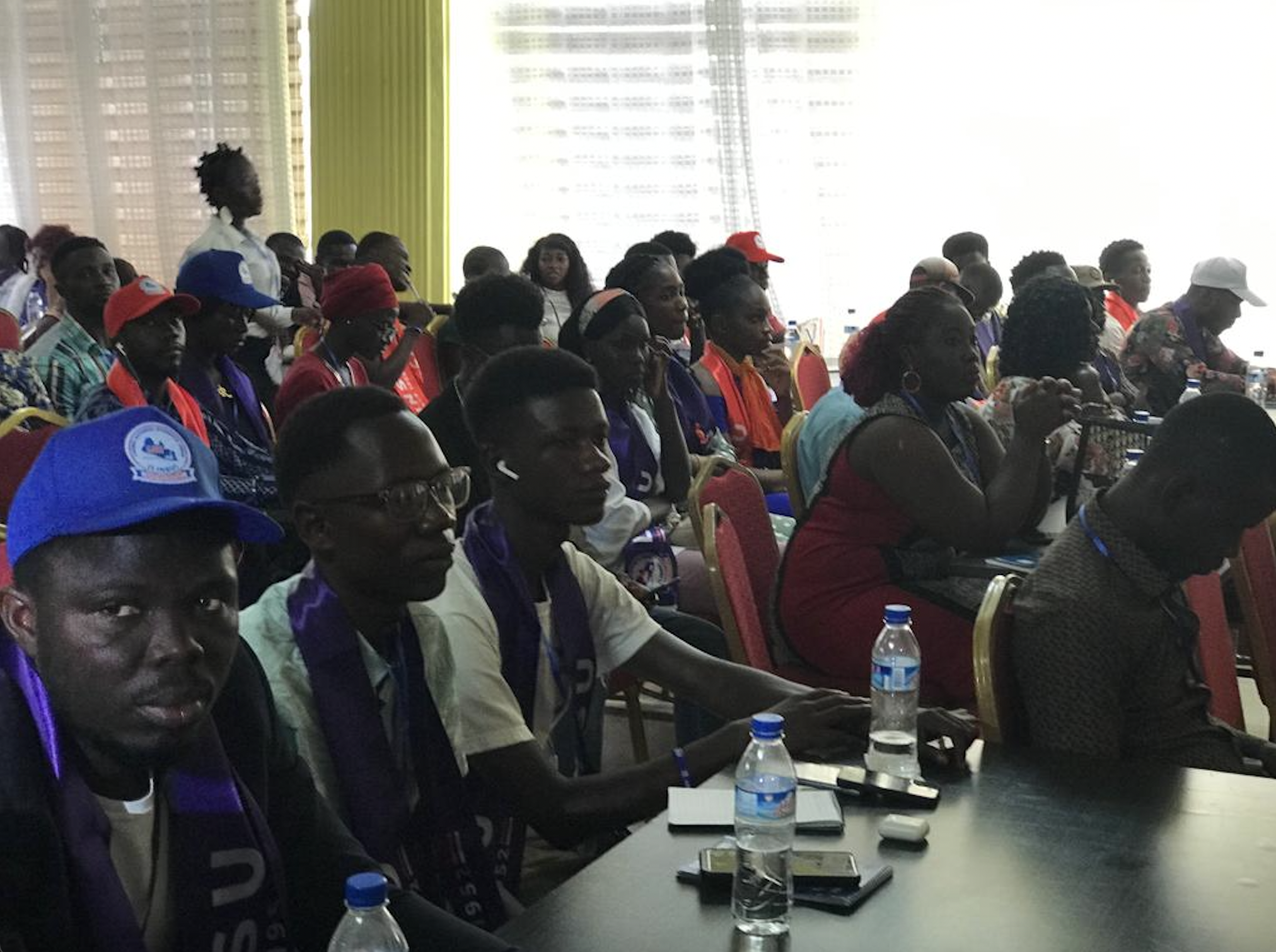 It held its Youths and Students Summit in honor of the International Day of Students, which was a holiday.

The commencement of the three-day youth and student summit was held at the Corina Hotel on Thursday, November 17, 2022, under the theme, “Education: A Right and Precursor to Equity, Sustainable Peace, Democracy, and National Development.”

The event brought together students and young people from all over Liberia, as well as government officials, members of civil society organizations, and partners who were helping with the summit. It also showed the first session of the summit.

Hon. Isaac Saye-Lakpah Dawolo brought up teenage pregnancy as a threat to the Liberian state. He said that it was a big problem for girls in school, and he asked the Liberia National Students’ Union to do something about it to  seek solutions as part of its role in society.

He urged the union to confront the challenge of teenage pregnancy that is greatly affecting girls, specifically by engaging them prior to being affected by those challenges and providing solutions if they are to be affected.

But he also talked about the need for the union to do something about drug use and distribution in high schools. He said that LINSU must step up to deal with the problem, mostly by taking the lead.

Hon. Saye-Lakpah Dawolo recommended the need for after-school programs to be established by the union, which he believes will keep them more busy and keep them away from drugs.

But he joined the union because it was willing to take on the problems that society faces.

Hon. Isaac Saye-Lakpah Dawolo told the union’s leaders that they shouldn’t let themselves be used. He also pushed for a clear, active, and responsible union with no political ties.

In a special statement at the occasion, the President of the Libya National Students’ Union, Mohammed Gandhi Kamara, noted that the record of history shouldn’t be the only reason for the celebration of International Students Day, but rather the unique lives of individuals who fought effortlessly but didn’t live to see the freedom of youth and student movements.

Officially opening the national youth and student summit, he stressed the need for more support as the union has bigger plans to extend the summit through 2022.

He expressed interest in decentralizing the summit, specifically through its expansion to other counties, as well as support for attendee compensation and other activities.

For her part, the President of the Federation of Lithuanian Youths endorsed the summit and expressed the Federation’s commitment to working with the Students’ Union.

She limited her remarks to the keynote speaker’s ideology, emphasizing the importance of the union’s efforts in addressing drug issues and initiating youth programs.

She termed the summit an “informal” form of education and praised the Liberia National Students’ Union for the initiative.

The commencement of the initiative witnessed the arrival of participants on November 16, 2022, which was also followed by the Opening Session on

Accordingly, the first edition of the NYSS gathered over 300 young people and students from across the fifteen political subdivisions of the country.

According to the president of the students movement, the initiative aims to reflect on the lives of youths in various professional disciplines as well as mitigate some of Liberian society’s many challenges, such as poor human capital development, youth vulnerability, sexual and gender-based violence, youth unemployment, poor infrastructure, poor healthcare, political inclusivity, and many others.

On October 24, 2022, the Liberia National Students’ Union officially launched the first edition of the National Youth and Student Summit (NYSS) for youths and students across Liberia.

Mohammed Gandhi Kamara, the president of LINSU, said that the summit is a signature project of the National Students Movement. Its main goal is to help the young people of Liberia develop their human capital.

Attendees at the summit, on the other hand, were chosen through a highly competitive process that included everything from an application to a rigorous form of evaluation via an analytical and comprehensive interview.