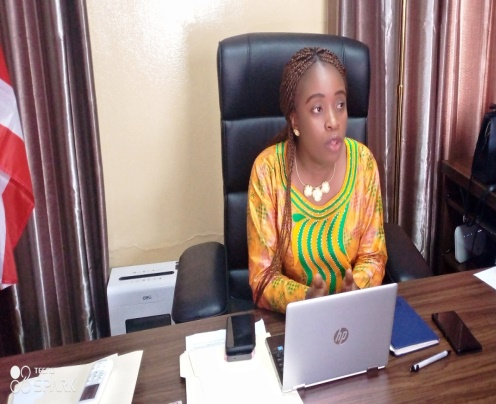 The Management of the Liberia Medicines and Health Products Regulatory Authority (LMHRA) has described as false, malicious and a total misrepresentation of the fact, recent publication by the Independent Inquirer Newspaper that employees of the LMHRA are decrying salary disparity.

The publication by the paper is malicious and only intended to distract the public from appreciating the enormous progress ongoing at the authority, according to a LMHRA press release.

However, the LMHRA clarifies that it has got no control over salary allotment to employees as insinuated by the so-called sources as quoted by the Independent Inquirer, rather, salary allotment to employees are the sole prerogative of the Ministry of Finance and Development Planning (MFDP) and the Civil Service Agency (CSA) Salary Harmonization Taskforce in line with the recent Harmonization Law passed by the Legislature.

“Therefore, LMHRA is encouraging naysayers and element provocateurs spreading misleading information about the LMHRA to rather check with the harmonization team at the MFDP and CSA for facts surrounding salary disbursement to employees of government ministries agencies and commissions,” the LMHRA statement read.

The statement adds: “Also, assertion that the Managing Director has surrounded herself with her classmates and schoolmates are all false assertions as those mentioned in the so-called publication are rather trained and educated pharmacists who were all employed based on their academic and professional qualifications.”

LMHRA says as a matter of fact, all Directors and Managers are all paid in line with the harmonization law and that no Director or Manager makes more than another manager as maliciously insinuated in the newspaper’s publication.

The Management further clarifies that the Head of the Authority, Pharmacist Keturah C. Smith, is not involved with salary of employees at the entity; as it is the responsibility of the Human Resource and Finance Department in consonance with the government’s Harmonization Taskforce. At no points has the Managing Director of the entity taken home even US$8,000.00 as incentive nor is she taking home US$5,200.00 as suggested by the paper.

Therefore, the LMHRA Management is encouraging these distractors to ascertain all facts appertaining to LMHRA, with regards to payroll, from the HR departments and the MFDP.

“We would have thought these doomsday rumor-mongers and naysayers would have also told the newspaper about the enormous work of Managing Director Smith in ensuring that all employees of the LMHRA were placed on GOL payroll as compared to the past where less than 20 percent of the workforce were placed on GOL payroll while the rest of 80 percent were living on LMHRA incentives that was supposed to be used for the improvement of the entity’s quality control laboratory and other logistical constraints were rather to settle incentives.

Under the astute leadership of Managing Director Smith, the entity head office has been relocated to a more spacious and suitable location, and well-furnished with rental fees being fully taken care of by the Government of Liberia.

The LMHRA MD has also ensure that mini-quality control lab is constructed and 100 percent completed and awaiting subsequent dedication by the President of Liberia; aimed at ensuring quality testing of all pharmaceuticals brought in the country.

Through MD Smith astute leadership and innovation, the LMHRA has procured two new Toyota Land Cruiser jeeps through Global Fund, which seeks to boost the logistical constraints and boost the authority’s inspections.

Madam Smith innovation has now ensured that the authority re-opened a regional office in Gbarnga, Bong County that will boost the inspection of Bong, Lofa and Nimba Counties; with plans for further expansion at Bo Waterside and other border points.

All these colossal achievements by Managing Director Smith are all ongoing or being achieved under the space of one year, since her ascendency to the position in October of 2019. As it stands, there are several discussions with partners leading towards the construction of an ISO approved and WHO certified quality control lab.