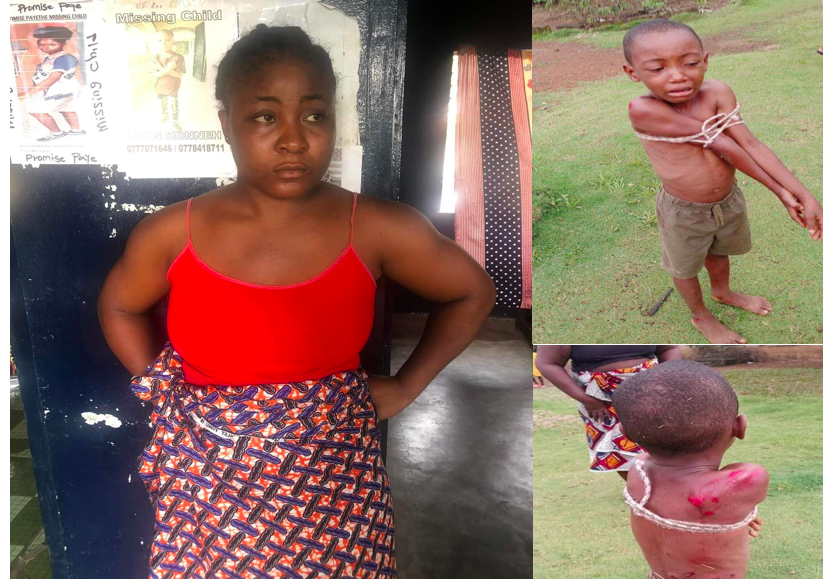 Joyce Cole, a Liberian woman who is 29 years old and was arrested by the Liberia National Police for tying up and brutally beating her kid, has been charged with this crime.

The culprit, named Cole, was apprehended by detectives working for the LNP in the early hours of the morning on Thursday, June 30, 2022, in the Neklay Town Community of Jacob Town’s Somalia Drive. This came about after a person who lived nearby the suspect discovered the child bound and severely abused.

She is still being held by the Liberia National Police as they conduct an investigation into the circumstances surrounding her arrest.

Apparently, child’s father and mother are no longer together, this is why immediately after the incident, the youngster was handed over to his father so that he can take care of him while the inquiry is ongoing.

On the basis of sufficient evidence, the suspect, Cole, will be formally charged and brought before the court to face the consequences of her actions.