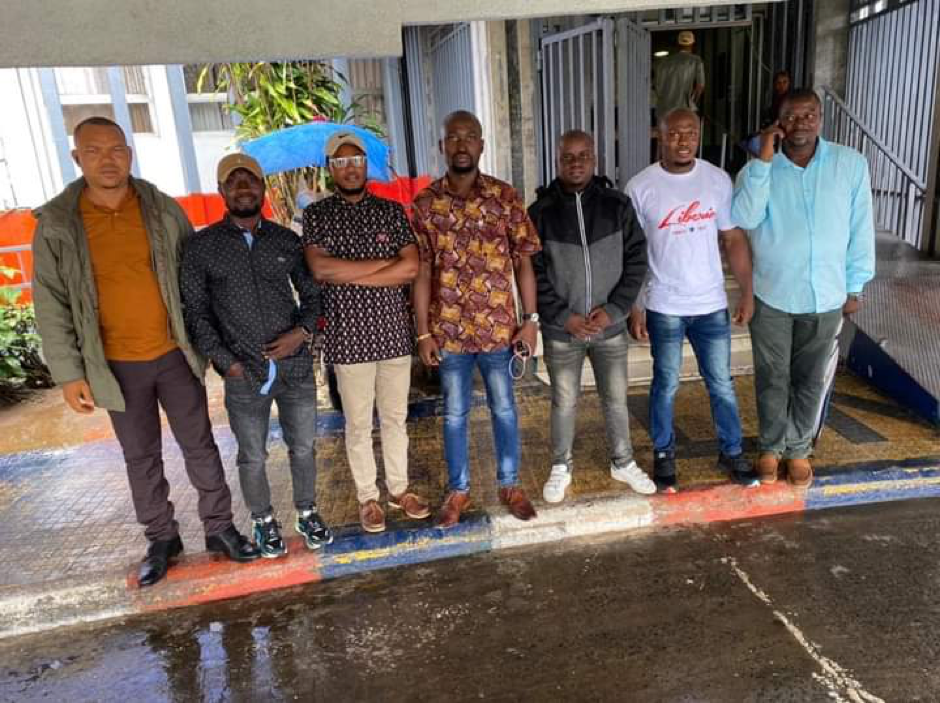 At long last, the Liberia National Police (LNP) has half-heartedly arrested seven people, who are believed to be members of the leadership of CDC – COP, in connection to the street violence of July 26, 2022.

The arrest comes a day after the President issued a statement disowning a group calling itself Coalition for Democratic Change—Council of Patriots (CDC-COP). The President then ordered the Liberia National Police (LNP) and other state security apparatuses to ensue the perpetuators were brought to justice.

The international community in Liberia, in a similar manner, a few hours prior to the police statement of arrest, urged the government to act promptly to bring to justice the instigators of the July 26 street violence.

“You cannot support a man of peace by being violent,” he said. “When you come to join us, you become a CDC partisan of peace, democracy, and development.”

“I have also instructed the Minister of Health to ensure that all those who sustained injuries during the violent attack are given the best medical treatment at the expense of the government,” the Liberian leader said.

The Liberian leader said despite our political differences, we are one nation, one people, united under God’s command.

Similarly, the international community in Liberia, including the United States of America and the United Kingdom, expressed serious concern over the July 26, 2022 violence incident and urged the government of Liberia to bring to justice the instigators of the violence.

The International Community, in a joint statement, said it has learnt with concern of the serious violence committed in Monrovia on July 26, and condemned without reservation, such acts which occurred on the 175th anniversary of Independence.

“We urge a prompt and thorough investigation by the police that will bring to justice the instigators and perpetrators of these acts of violence,” the statement said.

The police have also launched a manhunt for the remaining individuals and will shortly solicit the assistance of the public by releasing names and photographs of the wanted persons.

Meanwhile, the LNP has also informed the public that it is still conducting Professional Standards probe of its officers that were in charge of security for the July 26 celebration. “The public will be duly informed subsequently,” the LNP said.

“We Hold No Allegiance to Anyone”