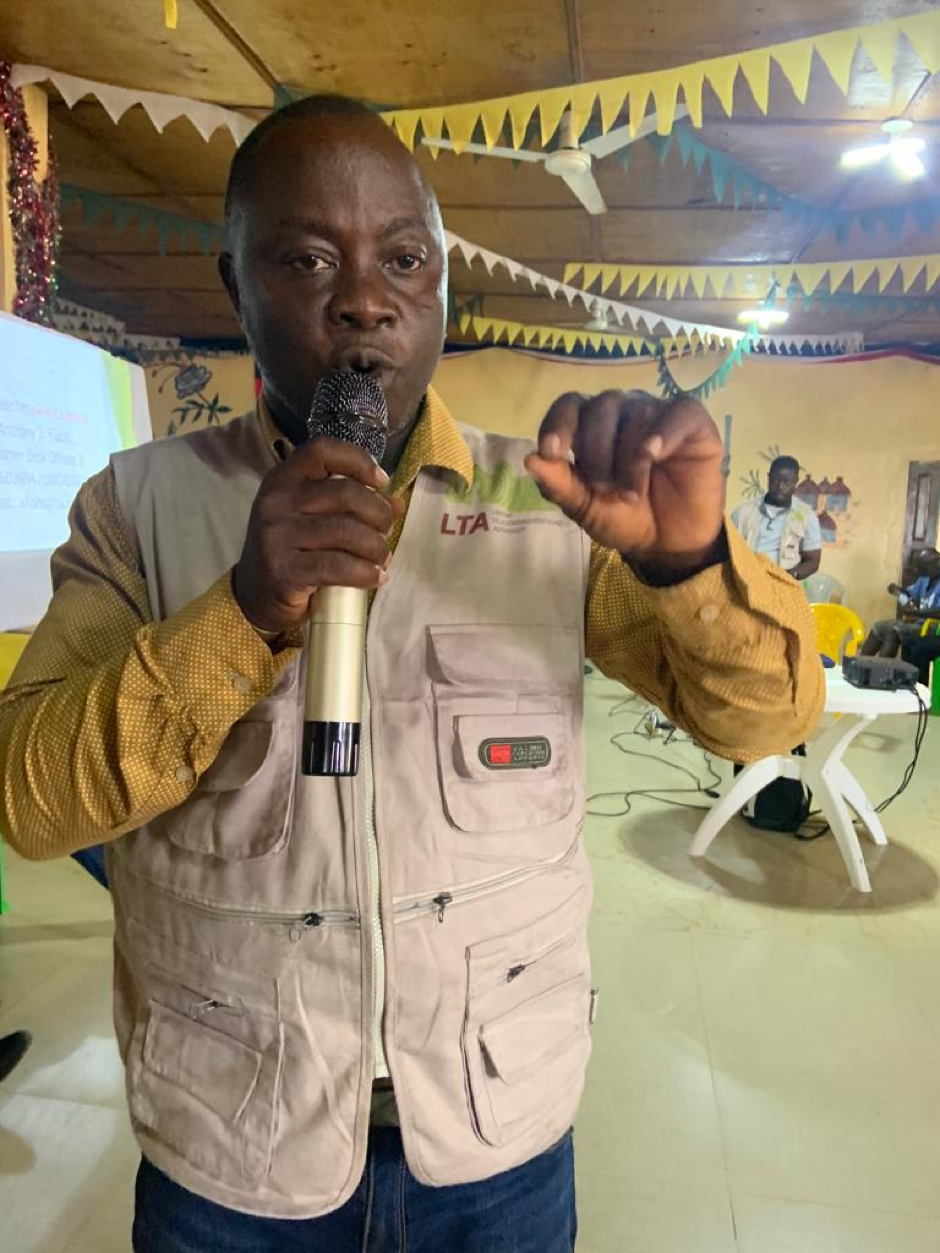 In continuation of the public consultation on the quality of service (QoS) draft regulations initiated by the Liberia Telecommunication Authority (LTA), citizens of Maryland County, in a strong worded recommendation, called on the authorities of the telecom regulatory body to ensure that a sub-office be established in the county.

The Marylanders, who turned out in record numbers, expressed serious dissatisfaction with the lower quality of various networks, but noted that the presence of an LTA sub-office in the county will aid in monitoring, evaluating, and pressuring service providers to improve their services.

According to citizens, while the network situation continues to be a daunting challenge for ordinary people, the lackadaisical manner in which service providers conduct themselves in getting a prompt response to their countless complaints is even more troubling.

At the fifth consultation gathering held on Friday, April 29, 2022, at the Pleebo’s Administrative Building, the Marylanders recounted that the presence of an LTA representative in the county will serve as a catalyst, and also guarantee that issues raised regarding the GSM poor networks will get timely and effective feedback, helping to alleviate the unnecessary network constraints.

“The GSM companies cannot continue to rob and unduly punish the ordinary people with no appreciative action taken against them that will serve as a caveat. The citizens also need to have a medium to seek redress, and so the LTA’s sub-office will help greatly in ensuring compliance, check and balance, “the Marylanders stated.

The visit of the LTA’s delegation to Maryland County, headed by Team Lead, Kwatama Bettie, is part of Phase One public consultation tour on the body’s draft Quality of Service (QoS) regulations that seek to drastically improve telecommunication services across the country.

The primary objectives of the consultation are to help the government of Liberia through the LTA recognize unconditional constraints in the telecom sector, create awareness and educate consumers on their rights and responsibilities under the Telecommunication Quality of Service (QoS) Regulations, and, over all, improve telecommunication services in Liberia. The consultation is also intended to solicit the inputs and views of consumers so as to be reflected in the QoS regulations.

The Pleebo’s consultation was never short of recommendations as the gemmed park City Hall witnessed the outpouring of diverse versions aimed at addressing what the citizens referred to as a “serious embarrassment.”

Prior to the mammoth gathering in Pleebo City, the LTA’s team held a series of public awareness discourses at schools and market places in Harper City. The team visited Cape Palmus High School, Lady of Fatima Catholic School, the United Methodist High School, Tubman University (TU), and the general market, which was followed by an intellectual discourse center.

The meeting brought together scores of citizens including representatives from the student, youth, women, motorcyclists Union, civil society groups, the Press Union of Liberia (PUL), local government authority, traditional leaders and representative of the National Association of Telecommunications Consumers (NATELCO) amongst others.

The draft QoS regulations, when finalized, will create a framework for periodically obtaining appropriate information on the level of quality of services to identify problem areas, publish information on QoS performance so that consumers are better informed; and take appropriate measures to constructively engage telecommunications service providers to encourage and foster improved service quality. Meanwhile, the LTA’s team has assured the Marylanders of conveying their recommendations verbatim to their bosses. The delegation also provided clarity and immediate support on other technical issues, and therefore cautioned that fixing the problems will be a gradual process. They encouraged the citizenry to be calm as the Government of Liberia through the LTA is working acediously to remedy the situation.

The next consultation takes place on Fish-town, River Gee County.