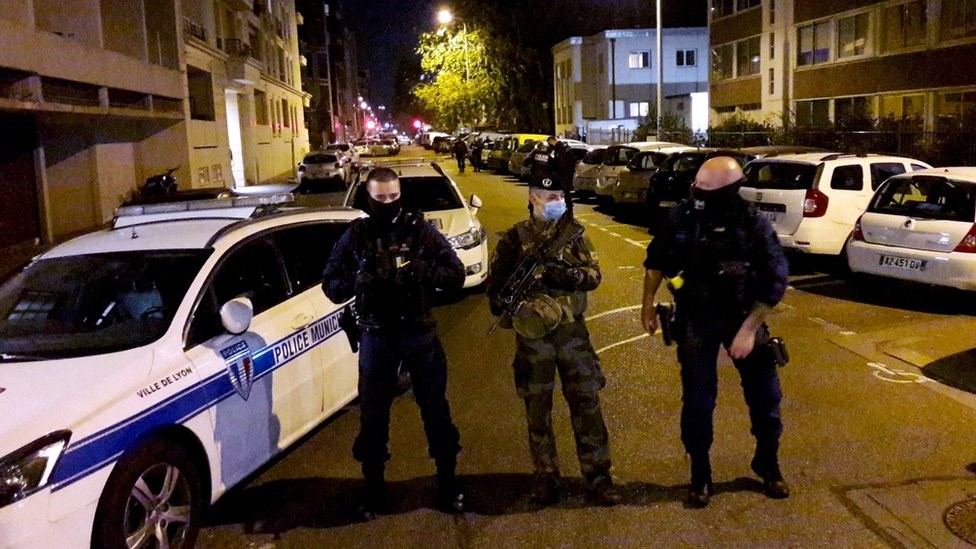 The 40-year-old suspect told prosecutors the priest was having an affair with his wife.

The priest, Nikolaos Kakavelakis, 52, was shot twice with a sawn-off shotgun outside his church on 31 October.

He spoke to police after coming out of a coma on Wednesday.

The shooting came days after three people were killed in a knife attack at a church in the southern French city of Nice.

It was initially feared to be a copycat of what French President Emmanuel Macron called an “Islamist terrorist attack” in Nice.

The motive for the shooting in Lyon was not clear at first, with officials opening an investigation for attempted murder.

But the investigation progressed this week when the priest was able to talk to the police.

The suspect, who is said to be of Georgian nationality, was arrested at his home in Lyon on Friday, French newspaper Le Parisien reported.

The newspaper, citing a statement from Lyon’s public prosecutor, Nicolas Jacquet, said the suspect “turns out to be the husband of a woman who was having an affair with the victim”.

The suspect told prosecutors he had not intended to kill the priest, who was romantically involved with his wife, a 35-year-old Russian, the newspaper said.

The priest, who is recovering after surgery, had announced his resignation from the church a month earlier.