Home Uncategorized Man Kills His Wife for Refusing Him Sex  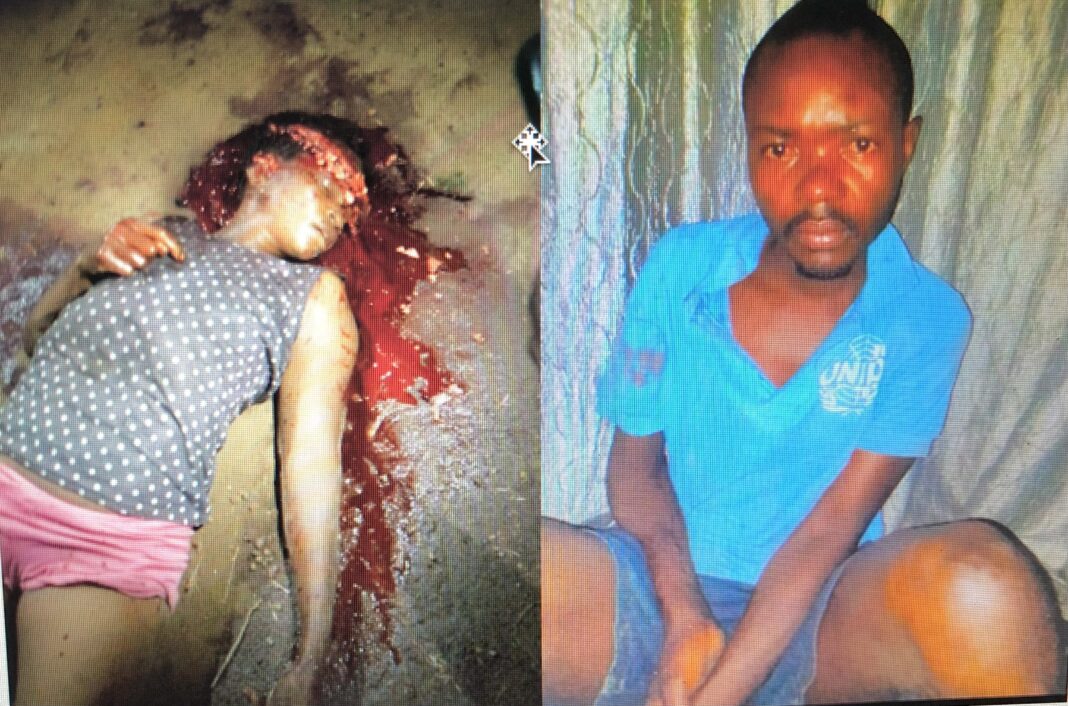 As the fight to end violence against women intensifies, more cases of this heinous crime are being reported in Liberia’s rural and urban areas.

Kokulo Kpaquea, for example, chopped his wife to death several times in Bong County because she refused to give him $500 Liberian dollars.

Ernest Gbato, a man in his 40s, is accused of murdering his wife in Sanniquellie for allegedly refusing to have sexual relations with him.

The unexpected incident occurred during the evening hours of Sunday, December 4, 2022, in Sanniquellie, Nimba County, when the perpetrator returned from out and surprisingly insisted on having an affair (a sexual affair) with the woman, Yei Gargbaye, despite the fact that she complained of hunger and was preparing a meal at the time, according to the report.

Ernest Gbato insisted on having sex despite the various reasons given to allow her to finish what he met her doing because she was hungry, a situation that led him to angrily chase the lady and mercilessly chop her with a cutlass multiple times in her head.

According to witnesses, the victim, Yei Gargbaye, ran all over town looking for help, but no one could help her because they were afraid of Ernest Gbato, who chased her down with a cutlass.

“We were afraid because we saw him chasing her with the cutlass, and we didn’t know what the problem was until we discovered he had murdered her,” an eyewitness admitted.

Abigail Tuadah, a close neighbor of Ernest Gbato (the perpetrator), said she frequently saw him drunk.

“It was very bad, and I had to leave because I don’t like seeing blood, and she was messed up.”

“I know him to be an alcoholic; most of the time I met him, he was drunk; even earlier that day, before the incident, I could smell the alcohol while we were interacting,” she explained.

Meanwhile, Ernest Gbato was apprehended by community members and later turned over to the Liberia National Police. In Sanniquellie, he is currently awaiting a court trial, while the deceased has been buried. The deceased left four children to mourn her death, despite the fact that the couple only had one child.

The untimely death of Yei Gargbaye adds to a string of recent instances of violence against women.

During the police investigation, it was discovered that suspect Mulbah, 34, beats and strips naked his deceased fiancée, Grace Kollie, whenever he sees her lecturing with other boys, accusing her of having extramarital affairs.

According to the police investigation, suspect Mulbah sexually abused, stabbed, and strangled victim Grace Kollie again on October 22, 2021, at 2:00 AM, resulting in her death.

He was apprehended after the victim’s mother filed a complaint alleging that suspect Brooks sent her $10,000 in Liberian dollars so her husband could buy spare parts.

According to the preliminary evidence, the suspect raped the victim in his room after putting her to sleep and pretending to go into his room to get rice.

Nonetheless, these and other troubling incidents provide compelling reasons to recommend and suggest that the various SGBV-targeting laws be fully implemented.