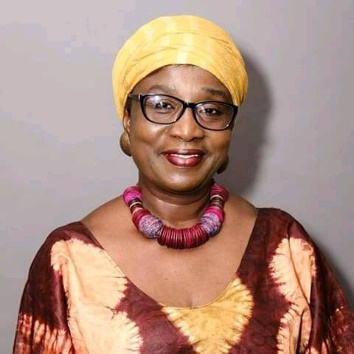 MONROVIA – Nimba County lone female candidate in the just-ended special senatorial elections Edith Gongloe-Weh has disclosed that there were massive irregularities in the conduct of the senatorial polls in that part of the country.

According to Madam Gongloe-Weh, there were lots of irregularities including insecurity, especially to her life, during the electoral process in Nimba.

Neither Madam Gongloe-Weh, nor the opposition Collaborating Parties (CPP) on whose ticket the female politician contested, has confirmed whether they would seek legal redress for the alleged electoral irregularities in Nimba County, but she disclosed Thursday that she is consulting her team of lawyers.

“What we want to do this morning, is to send a clear message to our people in Nimba, that we know how they feel, we are there with them , we are the principle and they should look to us,” she said, adding, “we will continue to provide the leadership they continue to yearn.”

The CPP female candidate is however, calling on the people of Nimba County especially her supporters to remain peaceful but vigilant.

Gongloe-Weh is of the belief that the 2020 senatorial election in Nimba was the time for women, as well as the young people.

She indicated that she represents a cross-section of people that include the young and elderly across the Nimba County.

Gongloe-Weh, a former Superintendent of Nimba, narrated that she thinks the CDC led-government was determined to derail the voices of the Liberian people.

She further disclosed that had she been elected, her election would have been an eye opener on leadership that would have taken the people of Nimba out of poverty to substantiality.

The CPP candidate who is a member of the opposition Liberty Party said “it is a sad day for Liberia, because you have a government that is really committed of exterminating women participation in leadership in our country, not just me as individual.”