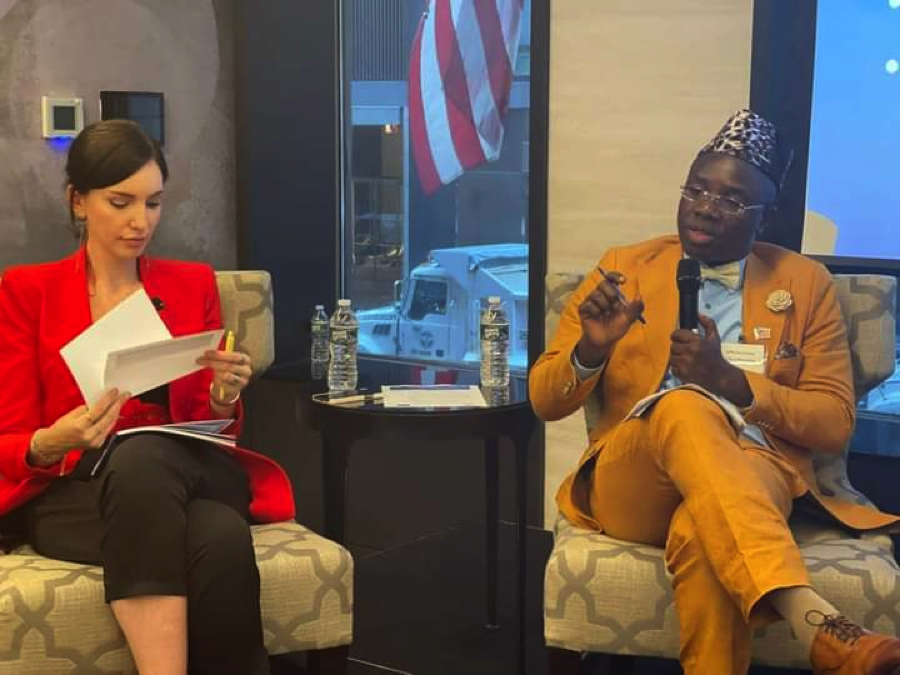 -Says sexual and gender-based violence is an act of extremism.

On the margins of the United Nations 77th General Assembly, the Strong Cities Network (SCN) hosted a two-hour side event that brought together mayors and local government practitioners from across the world to share their perspectives on innovative city-led responses to threats of extremism as well as provide insights into opportunities for supporting local authorities’ action that would focus on abhorring the localized and mainstream extremism that is taking countries by storm.

According to a dispatch from New York, the Monrovia City Mayor, Jefferson Tamba Koijee, was a co-panelist at the event. The SCN is an independent global network of more than 150 cities and local governments dedicated to addressing all forms of violent extremism, hate and polarization while promoting a human rights-based prevention framework in which local knowledge and practice inform national, regional and international approaches.

“My co-panelists included the Deputy Mayor of the City of Kampala, Uganda, Doreen Nyanjura; the Secretary General of the Municipality of Tunis, Hafidha Mdimegh; Mayor Marvin Rees of the City of Bristol, the United Kingdom; Zilina City, Deputy City Mayor, Barbora Birnerová; and others to discuss local-level approaches, needs, and priorities of cities in carving out safeguards against violent extremism,” Mayor Koijee said.

He said it was pivotal to the deliberations that he told the audience his believe that ending sexual and gender-based violence, encouraging dialogue, poverty reduction, and a vibrant media are the surest ways extremism could be brought under control.

“It was emphasized that the international community and other policymakers have from time to time made dangerously limited efforts to curb extremism in western nations, the Middle East, and other places, leaving Africa out of the equation in most instances,” the youthful said.

Major Koijee said Africa has been the breeding ground for some of the most dreadful acts of extremism, emphasizing the fact that Africa needs just as much attention as the rest of the world, since all of the problems that could lead to violence are common there.

Lifting the issue of sexual and gender-based violence in his county, the Mayor said, “In Liberia, for example, I drew the world’s attention to the growing wave of sexual and gender-based violence as a critical concern for community safety. The months leading up to elections in our country are unfortunately attracting violent issues of all sorts that could otherwise be amicably resolved”.

Quoting statistics from the Ministry of Gender, Children and Social Protection and United Nations Women, he said gender-based violence has been one of the major challenges within the City of Monrovia. Families are still struggling to amicably settle household problems among themselves due to cultural differences and intolerance, which lead to the stronger gender using violence of different types and degrees against the weaker gender.

“I pointed out that the citizens of various cities should be taken along in any effort to find short, medium, and long-term solutions to this situation that is taking away lives and properties,” he said.

The Mayor argued that people are poverty stricken. Progenitors of extremism would prey on their economic servitude to lure them into acts that would eventually have adverse consequences.

During his presentation, Mayor stressed the need for a vibrant media that does not propagate misinformation and disinformation that would potentially fuel violence.

“We maintained that people of our generation, young people, should be considered given their vulnerability to negative influences in the face of economic hardship,” Mayor Koijee concluded.

“Liberian women must be at the Table”