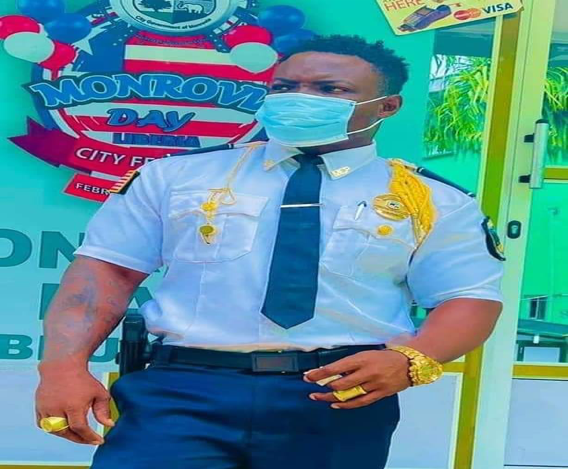 The Director of the Monrovia City Police, Thomas Garwo Jr., has been promptly and effectively suspended by the City Mayor of Monrovia, Jefferson Tamba Koijee, for what he termed as wrongdoing. Mayor Koijee has also ordered that an investigation be conducted in order to take further measures.

According to the Mayor, Director Garwo unilaterally assumed the authority to halt the movement of peaceful individuals when he parked his car at the entrance of a local garage, walked away, and turned off his phone, causing citizens to be stranded for several hours.

“These citizens made several phone calls and engagements to no avail, as he was nowhere to be found after carrying out his action, on the grounds that he had disagreements with someone in that vicinity,” Mayor Koijee said in a statement.

This isn’t the first time that Director Thomas Garwo has been accused of doing anything illegal. He is accused of illegally carrying a firearm. Only the Armed Forces of Liberia, the Executive Protective Service (EPS), special units of the Liberia National Police, and the Liberia Immigration Service (LIS) are permitted to carry firearms, according to the Liberia Small Arm Commission Act. But Director Garwo openly carries firearm as seen in the above picture.

Former Chairman Lafayette Horatio Gould of the opposition Alternative National Congress (ANC), as well as a ranking member of the judiciary (JUD-7) branch of government, were among those captured by Garwo’s conduct. In an agitated mood, Cllr. Gould said it was sad that persons who pretend to be security personnel and should be protecting people are the ones who are fragrantly abusing citizens’ rights.

However, Mayor Koijee has apologized on behalf of Director Thomas Garwo: “We apologize to all who were affected and their activities halted by this disorderly action and misuse of power by Director Garwo, and we have also called for a speedy investigation into the actual cause for further actions.”

The young mayor said under his watch at the Monrovia City Government, lawlessness will not be tolerated and everyone under his authority must take heed and act accordingly.

“Liberia remains a country of law and no one, not even me, is above the laws of our country. Everyone must be accorded due respect no matter who they are, what they stand for or status; this is the Liberia we have always yearned for, “Mayor Koijee said.

“Three days without food in the bush”: