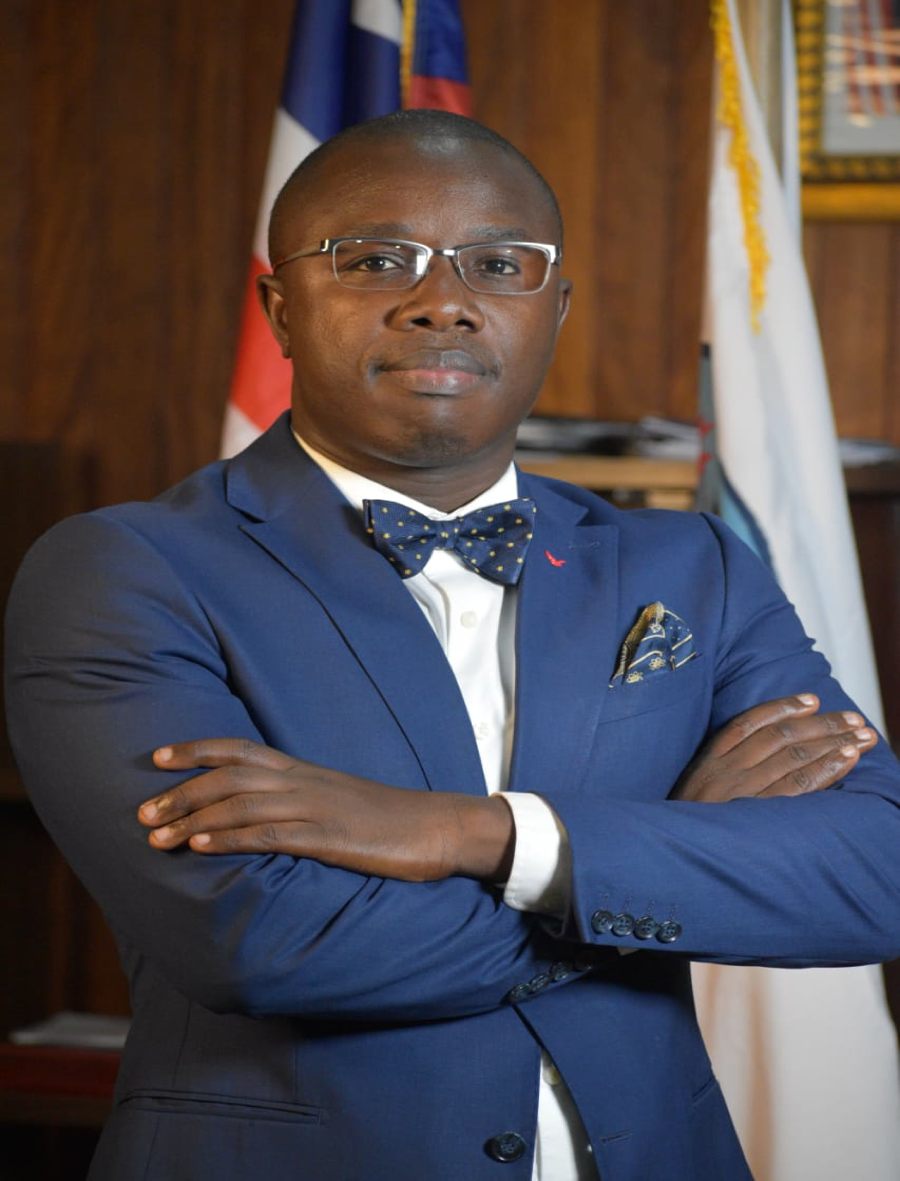 With faith in Jehovah God Almighty, love for the people of the Republic of Liberia, pride in Liberia’s unique historical heritage and respect in the able leadership of His Excellency Dr. George Manneh Weah, our President, I am humbled to be the one, at this moment in time, granted the historic task to join the millions of Liberian compatriots home and abroad to welcome everyone to this formal launching of the commemoration of 200 years of existence as a people and nation.

As the President of the Association of Mayors and Local Government of Liberia and City Mayor of Monrovia as well as the Co-Chairman of the Bicentennial Steering Committee, I speak on behalf of my colleagues when I say that it is an honor and a privilege to have you all join us to celebrate this particular time in our country’s history, thematically branded: Liberia – The Land of Return: Celebrating 200 Years of Freedom and Pan African Leadership.”

As we welcome you all, we now pay homage to the immortal words of the founding father and first President of Liberia, His Excellency Joseph Jenkins Roberts. Speaking to the American Colonization Society in January 1869, in Washington DC, USA, he cited the aspiration of Liberia’s founding heroes. He said they dreamt to build a nation “where they might establish for themselves and their children, and peradventure for future generations, a home, under governmental institutions, free from all the trammels of unequal law and unholy prejudices.” President Roberts further stated that, “These were true men, stout of heart and firm of purpose, and in the sequel proved themselves equal to the responsibilities they had assumed, and fulfilled the most sanguine expectations of their patrons and friends.”

Ladies and Gentlemen, the “home” that President Roberts declared in those prophetic undertones in the 1800s is fulfilled in the theme of the Bicentennial: “Liberia: The Land of Return…”

Return to the home dreamt of by the founding fathers as a sanctuary of liberty and human dignity;

Return from 400 years of slavery and dehumanization in the 1600s to establish a new country called Liberia;

Return from tribal kingdom wars and scattered cultures to partake in the building of a united heritage and the first independent African Republic;

Return from early political struggles and threats of encroachment by more powerful nations in the 1800s up to the signing of the 1945 Charter of the United Nations and championing the liberation of the rest of Africa in the 1950s and 60s;

Return from the Dark Continent as Africa’s lone Republic to the blazing lights of rising nations, now 54 in all, leading the African Liberation Struggle and demonstrating that Africa shall rise again to face the future;

Return from 15 years of a sad Civil War to years of peace and political tranquility now led by the Pro-poor Agenda for Prosperity and Development, resolved that Liberia has reemerged to reclaim her seat of leadership on the African continent;

Return from sectional disharmony and internal prejudice of the indigenous people to a nation now governed by the 25th President, a child from the “slum of Gibraltar, Clara Town” and the Vice President, the daughter of parents from Lofa and Bong Counties.

A home that shelters the descendants of the African American settlers and their indigenous brothers as children of one Mama Liberia.

A home that welcomes all Liberians from the diaspora.

A home that beckons our African-American compatriots to join us on our sojourn.

A home that invites all African Nations, friendly nations of the world and development partners to hold hands with us as we are move forward.

A home, yes, a home as President Roberts said, “free of unequal laws and unholy prejudices”. A home of return.

Liberia’s Bicentennial is also set up as a gateway for Tourism and Investment for our country. We have so much to offer and for us we believe that we are a hidden gem, yet to be fully discovered for it’s true worth in the eyes of the world. From our verdant green forests of Sasstown to our gold mines in Bookonjaylay; from our lofty mountain tops to our diamond mines; from the Freeport of Monrovia to the iron ore range in the southeast; from Lake Piso to the Wologisi and Putu Mountains – yes, we have so much to offer!

So therefore, please consider this as an open offer to you all, our very own Liberians sisters and brothers, and to you, our Friends of Liberia – please feel free to come and invest, come and live, come and enjoy our clean air and good food!