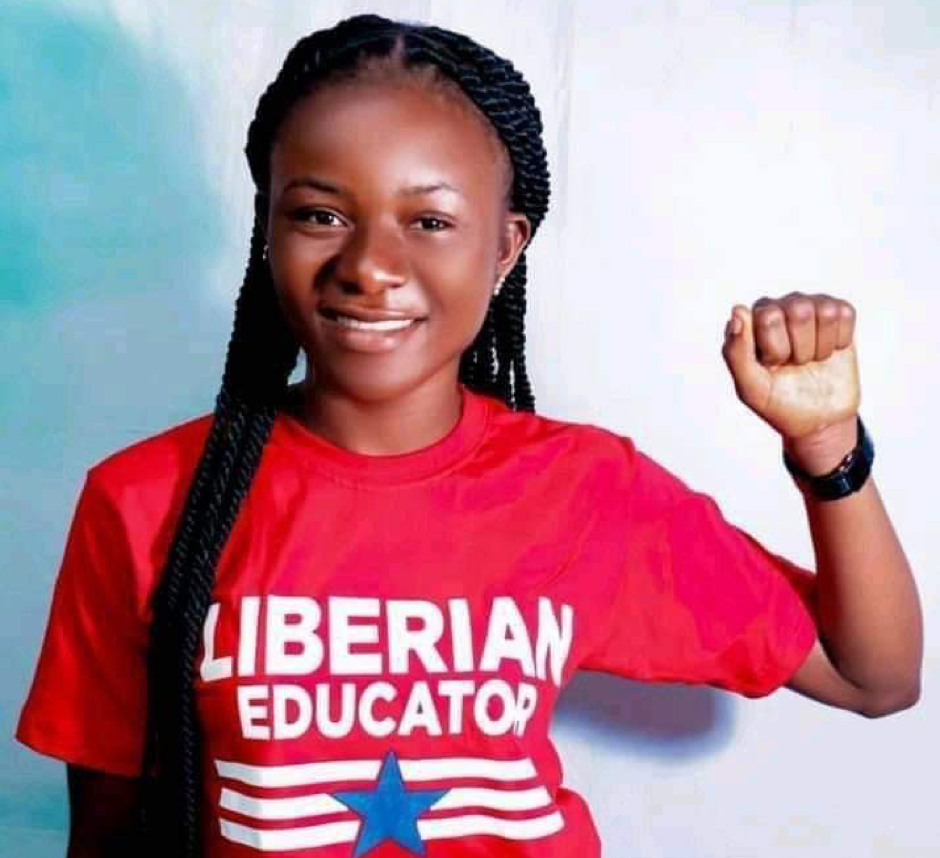 The 22-year-old winner of the coveted 2022 National Teacher’s Award, Ms. Precious Joy Teeweh, stated that the award is well-deserved. The young woman is an enthusiastic educator and author, who has spent only 4 years in the classroom. On the second Saturday, September 10, 2023 in Monrovia, she will launch two textbooks for early learning students. Ms. Teeweh teaches at Little Explorer Learning Arcade in Paynesville on Duport Road, where her books will be launched.

As the most outstanding educator in Liberia in 2021 and 2022, Ms. Teeweh was awarded a prize package consisting of one million Liberian dollars and a contemporary dwelling unit. She expressed her gratitude to the government before stating that some of the money would be put toward the publication of her two books, which have the names Reading Readiness and Math Readiness respectively.

The young educator explained that because it is difficult to locate teaching resources for early learning, she made the decision to author the two books in order to make early learning education more accessible in Liberia. The books will assist children with recognizing a variety of things, including the alphabet, colors, body parts, numbers, and more. She also said a portion of the one million will go towards her tuition at Stella Maris Polytechnic University as her scholarship grant ended last year. She is a student at the university reading early childhood education.

As a means of encouraging outstanding performance in the classroom, the government of Liberia, acting through the Ministry of Education, has launched an initiative to motivate Liberian educators. Over the past three decades, there has been a significant decline in the quality of Liberia’s educational system. According to the Ministry of Education, the award system has the potential to revive healthy competition within the classroom. The award was part of activities of this year’s August 24, celebration.

Ms. Precious Joy Teeweh is one of several winners in different categories. She explained to Womenvoices what motivated her to become teacher: “My primary school teacher motivated me to pursue a career in education”. Ms. Teeweh stated in an exclusive interview with Womenvoices, “She used to treat us with love and care, therefore I want to treat people similarly.”

The articulate educator is urging citizens of Liberia to refrain from politicizing every aspect of life in the country. She stated that there are some people who are doubting her capacity to win such a prize due to the fact that she is Teeweh. The Teeweh originates in the southeast region of Liberia, which is also where the President of Liberia is from. The young woman stated that her job has never been about anything other than the country’s welfare first and foremost. Ms. Teeweh stated that despite the fact that she does not personally know anyone at the Ministry, she is of the opinion that the procedure was open and genuine.

She stated that the Ministry was searching for teachers who were active in community service and were creative in their classroom practices. According to Ms. Teeweh, there were two ways to submit an application: either electronically on Facebook or in paper copy to the Ministry. “Because I am a sociable person who spends a lot of time on social media, I decided to submit my application through that platform”. The educator who won an award shared with other young women that publishing images and making comments on social media aren’t the only two positive activities that can be done on these platforms. She explained that the prize was the result of commitment, hard work, dedication, and determination and did not come about quickly.

Ms. Joy Teeweh is also a mentor and motivational speaker. She has been mentoring schoolchildren in her community before she graduated from high school in 2018, at the age of eighteen.

She has many goals, including obtaining a master’s degree in early childhood teaching, opening an early learning school that is geared specifically toward children, and establishing a foundation that will train other educators and assist children from disadvantaged backgrounds.

Liberia taps into its tourism potential