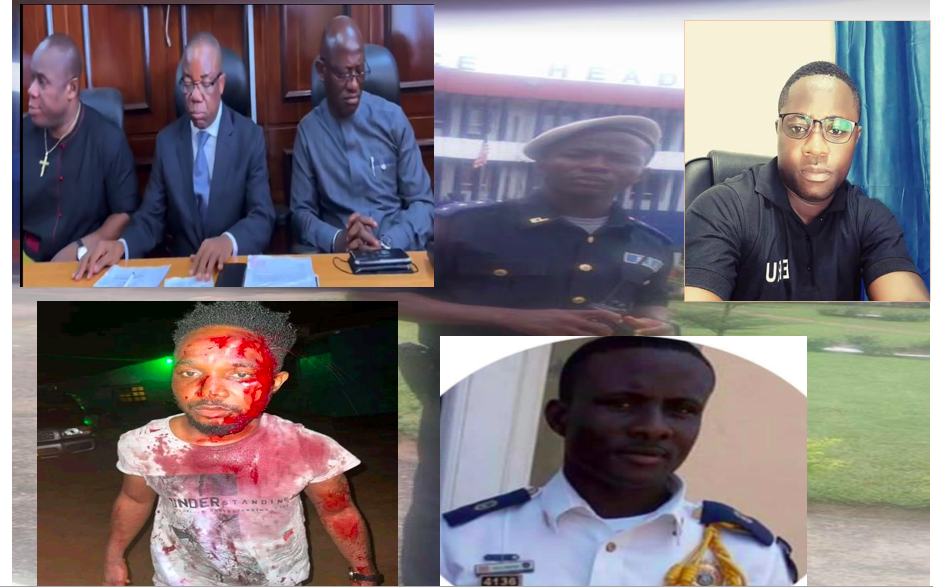 For the first time in many years, the government has made a big decision to purge the police force of bad apples in order to regain residents’ trust. The Ministry of Justice has ordered the disrobement and firing of four police officers, and has began the process of prosecuting them for “inordinate and disproportionate use of police force.”

Amos Williams, the deputy chief of police and head of the Emergency Response Unit (ERU), is among the four cops. Otis Williams, Sgt. George Wleh and Humphrey Kahn are the others who were fired from the police.

In the presence of security advisor of the President and the Police Inspector General, the Justice Minister, Cllr. Frank Musa Dean, made the announcement at the police headquarters in Monrovia on Tuesday, March 29, 2022. He stated there is zero tolerance for the use of excessive force by the police.

Officer Amos Williams was fired in connection with a standoff in Browerville at an entertainment establishment thought to be owned by the officer, when a civilian, Gastro McCarthy, was badly injured, according to Minister Dean.

Both Amos William and Otis Williams were ordered disrobed, dismissed and will be prosecuted, according to Minster, stating “This is unacceptable and what we saw there will not be tolerated.”

The Minister further indicated that on February 4, 2022, an incident took place in Johnsonville where it was reported that a police officer and army personnel severely beat Esther Younger. “Our police officer is Sgt. George Wleh. He is dismissed and has been processed to be turned over for prosecution, “Minister Dean asserted.

Humphrey Kahn, a member of the Red-Light, was also terminated and is being investigated for assaulting a citizen named Othreta Tarlo. The prosecution of the discharged cops has been delegated to Montserrado’s county attorney.

The Attorney General and Chief Prosecutor of the Republic of Liberia has stated that the use of force by the police will be met with zero tolerance.

“We declare a zero-tolerance policy for the use of force against civilians. Excessive force and excessive force will not be permitted “According to the Justice Minister.

Minister Dean also directed the Montserrado County Attorney to begin the process of prosecuting the cops who were fired.