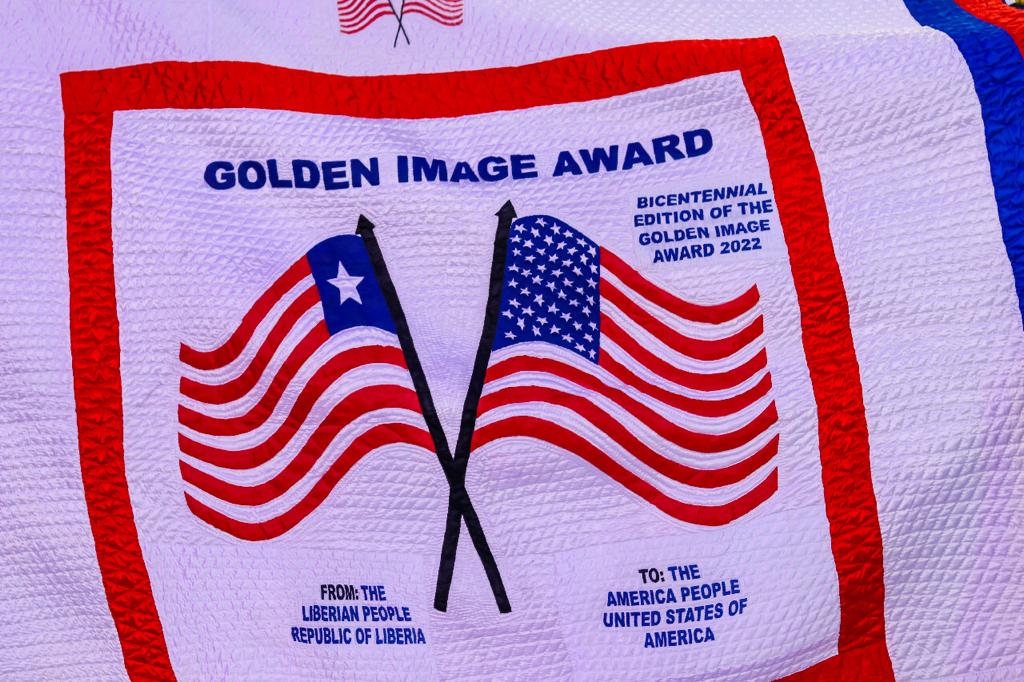 Ambassador Juli Endee, who is in charge of planning the ceremony, says that this year’s Golden Image Award is different because it was used to honor people in 2020 and 2021, when there was no ceremony because of a coronavirus outbreak.

Eight (8) distinguished Liberians, including Ms. Facia Harris, Ms. Emma Glasgow, Ms. Ruth Coker-Collins, and Ms. Mawani Diggs, as well as three (3) Liberian institutions, including Front Page Africa Newspaper, the National Tourism Association of Liberia, and the Global Pharmaceutical Manufacturing Laboratory, amongst many others, were awarded in 2022.

Among the 7 Liberians who received for 2021 are Mth. Annie Nushann, Marietta Williams, Cllr. Esther Cee, and Bernice Freeman. The organizers said Hon. Samuel Landi of Dubai, UAE, who is in the internal category, will receive his award when he travels to Liberia very soon.

For the year 2020, Cllr. Yvette Chesson Wureh, Arblakolo T. Gaye, Miracle Kettor, and Tonia T. Wiles, were among other Liberians that received awards.

For the years 2020, 2021, and 2022, there were a total of 21 Liberians and 26 international recipients. The award secretariat said that not all of the winners were available to receive their prizes, but 19 international winners and 8 local winners will be there by the end of the day.

The GIA is an important part of Liberia’s Independence Day celebrations, and it works hard every year to keep this tradition going. Its goal is to support national leadership through innovation in order to keep the peace and encourage Liberians and people from other countries to work with our government and invest more in our economy.

The Golden Image Award (GIA) was established in September 2010, and the inaugural ceremony took place in July 2011. Since the end of Liberia’s 14-year civil war, the GIA has provided a unique platform for Liberia to recognize and honor those individuals, organizations, and nations who have, against all odds, contributed their time and resources to development, investment, leadership, human rights, peace & security, arts & culture, health, advocacy, humanity, empowerment, democracy, and social justice for all in the world. The award is also meant to recognize and honor leaders and philanthropists who have helped Liberia become one of the world’s success stories after a war by investing in some way or empowering people.

He is revered as a true legend, a foremost advocate for peace, and a goodwill ambassador for UNICEF. He is the best football player in Liberia, Africa, Europe, and the entire world. Ambassador Endee said, “Best Soccer, who won the 2011 Golden Image Award, is the only African to have won the Ballon d’Or.”

The award recognizes private, public, or civil officials; leaders; political players; humanitarians; educators; investors; developers; advocates; activists; and peace actors who have made major contributions to the delivery of public services in Liberia and around the world.

She said that it encourages volunteering, helping others, human rights, investment, development, leadership, empowerment, peace, and social justice in Liberia and around the world.

The Award encourages artistic innovation and originality in Liberia, Africa, and the rest of the world by showcasing the talents of Liberian artists and pairing them with international artists with bigger platforms, like musicians, movie stars, playwrights, craftspeople, dancers, and drummers.

The prize encourages individuals to solve problems and challenges in their respective areas.

The Golden Image Award Platform offers a once-in-a-lifetime opportunity to those who have made sacrifices and contributed to the development of a peaceful future generation—leaders whose examples can be used to build and achieve positive legacies; promote and encourage healthy living; quality education; effective leadership; and democratic processes in Liberia and throughout the world.

Her Excellency According to its organizers, Ellen Johnson-Sirleaf, the former president of the Republic of Liberia, is the inspiration behind the Golden Image Award (GIA).

Madam Ellen Johnson-Sirleaf was Africa’s first democratically elected female head of state. She was vetted against six other women from around the world and was awarded for her bold and fearless role in ensuring that women’s rights are honored on the continent of Africa and throughout the world.

Former President Ellen Johnson-Sirleaf is without a doubt a global icon, renowned as a pioneering advocate for gender equality, democracy, and the rule of law. Madam Sirleaf received the 2011 Nobel Peace Prize.