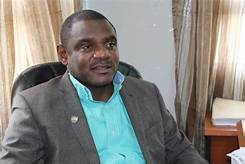 The National Civil Society Union of Liberia (NACSUL) takes pleasure in the respective appointment of veteran media practitioners, Mr. Ledgenhood Julius Rennie, and Madam Estella Liberty Kemoh, cautions both to use their hardcore understanding in journalism and wealth of experience to be proficient, credible servants of the Liberian public as much of the peace, stability and unity in diversity depends on them.

During the latter part of September 2020, several appointments through a reshuffle were made by the President George Manneh Weah.

The National Civil Society Union of Liberia (NACSUL) views this action by the president as being in the pathway of fostering efficiency, effectiveness and accountability in government.

In view of the facts obtained by us during the Senate confirmation Hearing appertaining these persons, we believe that each is well experienced, possessed the requisite academic portfolio, and therefore is competent to fill the office for which the preferment was made.

NACSUL has no doubt that Mr. Rennie and madam Kemoh make for the best possible human resources at the moment that can be deployed to achieve the desired result of public satisfaction, reliability, trust and accountability that are needed to foster efforts geared at maintaining the current state of national unity in diversity.

NACSUL is well assured by the many years of practice in journalism possessed by these two astute persons that under their stewardship of the respective posts of Minister of Information, Culture and Tourism (MICAT) as in the case of Mr. Rennie, and the Director General of the Liberia Broadcasting Systems (LBS) as in the case of Madam Kemoh, the best possible attempt shall be demonstrated by both to ensure that their respective offices are used to maintain reasonable balance between the governor and all political actors so as to keep the state in a renewed state of calm.

We urge these appointees to remain steadfast in their professional integrity, and conduct themselves in the ambit of the sworn oath of office which sets the standard for public trust and accountability in the use of assigned powers and authorities. We use this public medium to challenge them to use the highest standard of their academic and professional experiences in discharging the functions of their individual office, while we pray the House of Elders- the Liberian senate, to confirm these well-rounded and duty readied astute media veterans, a press release issued under the signature of