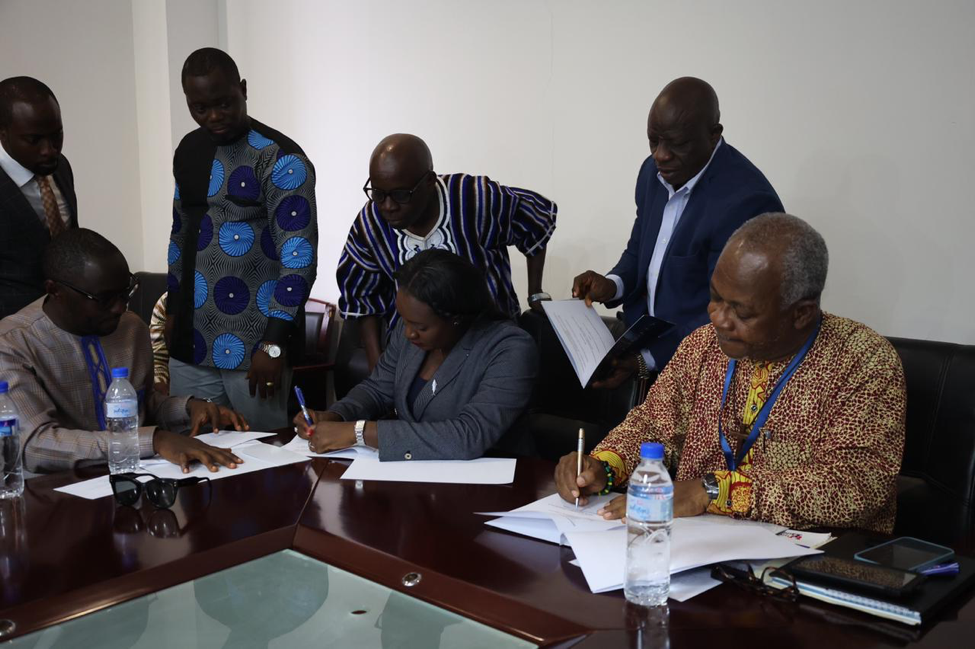 The Management of the National Fisheries and Aquaculture Authority (NaFAA) and the Administration of the University of Liberia have signed a Memorandum of Understanding (MoU) for a degree program in Fisheries Science. The state-run university will soon begin offering a degree in fisheries science, according MoU.

With funding of US $1.2 million from the World Bank, the program intends to build the capacity of aspiring fishery scientists to manage Liberia’s rich fishing sector.

The signing took place on Thursday, March 10, 2022, at the University of Liberia’s Fendall campus.

As part of the MoU, the university is to identify five of its dilapidated buildings for rehabilitation for use by the program and land space for the construction of bathrooms via the Vice President for Administration.

According to the MoU, the UL is responsible for raising awareness and sensitization about the new career and course, as well as developing a motivation scheme to entice the general public to pursue this new skill through the degree-granting program.

Under the MoU, NaFAA will provide funding for the establishment of the program and renovate five buildings.

Speaking at the ceremony, Madam Glassco described the introduction of the Fisheries Science program at the University of Liberia “as a boost to the sector and a win for Liberia”.

Madam Glassco said the introduction of the program will “help breach the knowledge gap in the fisheries sector by investing in human resource capacity development, which could help maximize the potential in the sector and Liberians will have a fair appreciation of the commercially viable species.”

According to her, the program will include a “Bachelor’s degree, an Associate’s degree, and certificates.”

This program will also offer a short-term certificate program. We’re also targeting our fisherfolks to acquire knowledge and skills in fish processing to compete with others in the sub-region. It will have an impact on the impact on the economy.

Earlier, Dr. Nelson lavished praise on Director General Glassco and her team for their innovation in introducing the program in the Liberian education sector. Dr. Dennis described the signing as a celebration at the university, while promising to create awareness to attract more people to fisheries science.

“We’ll have the intention of recruiting for this program, and therefore, we’re encouraging schools to help create awareness to have more students on board.”

“We are proud to have one of our own, an alumnus, working hard to uplift her alma mater,” Dr. Nelson said.

The introduction of a Fisheries Science degree in the Liberian school system has been a long-running dream of the NaFAA boss.

At a school career day program in 2021 West Point, Madam Glassco unveiled her plan for a degree program in Fisheries Science to be offered in Liberia. This was in recognition of the challenges Liberian students face in acquiring degrees in Fisheries Science abroad. It’s estimated that the fishing sector stands to be the highest source of government revenue if it’s well managed. This is not possible in the absence of trained professionals.

The degree program, once it gets in motion, would address the education needs of aspiring fishery scientists.

Fish is a primary source of protein for many Liberians and is second only to rice as the most purchased food commodity. Small-scale fishers provide the majority of the domestic fish supply. While models differ in their predictions about the impacts of climate change on West Africa’s coastal fisheries, a recent study found that climate change may increase their productivity, but benefits for local fishing communities will only be realized if threats such as poor governance and overfishing by other nations are effectively addressed. Fisheries Management: The government’s capacity to manage and regulate fisheries collapsed during the civil war, leading to widespread illegal, unreported, and unregulated (IUU) fishing in Liberian waters.

Annual per capita fish consumption is among the lowest in the region and has decreased over time due to damage to fishing infrastructure during the civil war and over-exploitation of resources during this period. Since the end of the civil war, the then Liberian Bureau of National Fisheries has continued to grapple with issues of low enforcement capacity, inadequate infrastructure, and a lack of resources to properly survey fisheries. A recent analysis estimates that IUU catches in Liberia are worth about $75 million per year. This study also found small-scale catches are “grossly under-estimated” and that exploitable fish biomass “could generate a sustainable catch sufficient to meet Liberians’ need for animal protein.

Logos Hope is returning to Monrovia