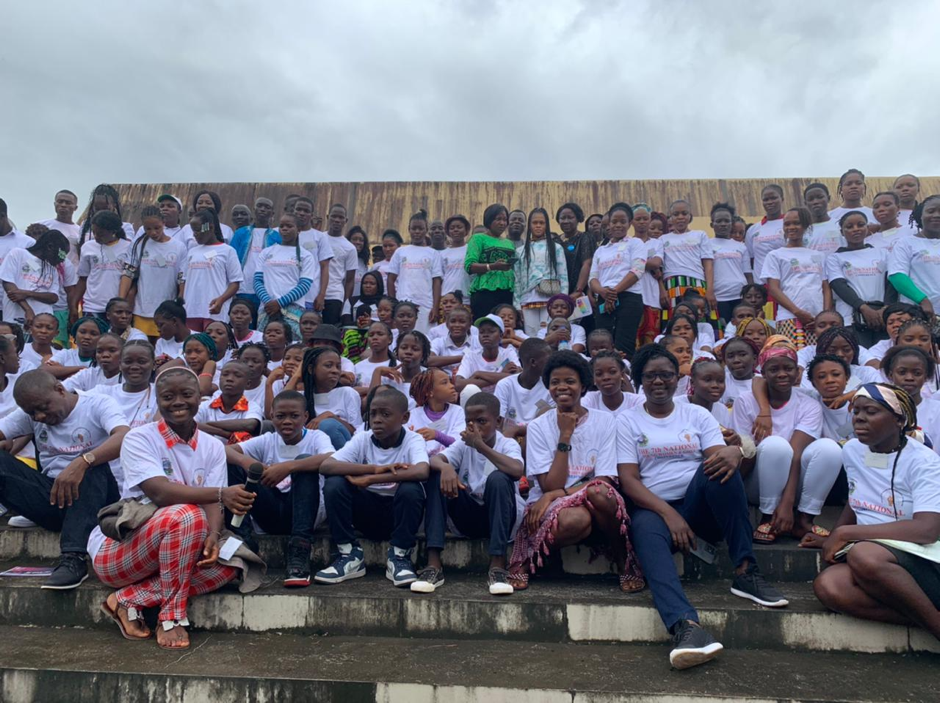 The conference is an annual initiative created by the Ministry and its partners to give young women and girls a forum to come together and talk about issues that impact them in their particular areas and to work together to establish specific action plans to address these issues.

The theme of this year’s conference is “Elevating the minds and sights of young women and girls for a brighter future” in honor of the bicentennial.

The girls are having conversations about schooling and developing leadership skills, sexual and reproductive health and rights, and cultural and traditional customs.

Historically, the Liberian Girls established an implementation strategy that identifies interventions to be executed for Liberian girls in 2016. They did this in collaboration with the Ministry of Gender, Children, and Social Protection and other national stakeholders. One of the most important of these interventions is the “National Young Women and Girls Conference,” which supports the National Framework for Girls’ Empowerment and contributes to the implementation of the Manifesto for the development and empowerment of Liberian girl children.

Additionally, the 2011 United Nations General Assembly resolution 66/170 designating October 11 as an International Day of the Girl Child gave rise to the National Young Women and Girls Conference. The UN designated the day to promote topics relating to girls’ rights, identify difficulties faced by adolescent girls and young women around the world, and create plans, initiatives, and programs that address these difficulties.

Deputy Gender Minister Alice Johnson Howard emphasized that this year’s event objective is to: Elevate the minds and sights of 200 young women, boys, and girls between the ages of 10 and 24 from across the 15 counties in Liberia by developing their capacity as emerging change-makers in their respective communities; Increase knowledge of local communities through immersion in Adolescence in the media, on talk shows, and other media; and Promote gender equality.

In order to dispel typical preconceptions, increase female participation in the discussion, and have men act as advocates and support girls in their endeavors, she emphasized that the conference would host a panel discussion with various stakeholders on topics affecting young women, girls, and boys.

Young people from all over Liberia, including at-risk adolescent girls and boys, college students, high school students, females enrolled in TVETs, out-of-school girls, the physically challenged, and girls from rural and urban communities, among others, were present at the conference, Minister Howard told attendees.

She appealed with the girls to use the conference to its fullest potential in order to advance society.

The statement claims that it is no secret that young women, children, and adolescents continue to face a variety of regional, national, and international issues. According to a quote from the Liberia Demographic Health Survey (2019-2020) report, 60% of women had suffered physical assault since the age of 15, according to the statement. The teenage birth rate in Liberia remains alarming at 30% despite a small drop of 1%, and there is limited access to sexual and reproductive health information and treatments. Particularly detrimental traditional practices, such as early marriage and female genital mutilation/cutting (FGM/C), have an impact on girls.

According to the research, “There are also unfair gender norms that hinder girls’ social and economic advancement.” According to the information above, we must strategically use our collective efforts—including those of adolescent girls and young women—to pave the road for girls and young women to survive, prosper, and reach their full potential. Creating a supportive environment and venues where young people may learn the information, abilities, and capacity to speak up for their rights and defend themselves against the vices they face is one method to do this. The statement from the Country Rep was

As she spoke, Madam Gad expressed her gratitude for the National Young Women and Girls Conference’s organization to the Ministry of Gender, Children, and Social Protection, the Adolescent Girls Working Group, sister UN Agencies, and other development partners.

The head of UNICEF concluded by saying that the organization is eager to see how the meeting turns out and reaffirmed its commitment to working with the Liberian government and other partners to develop and empower children, adolescents, and women in Liberia.