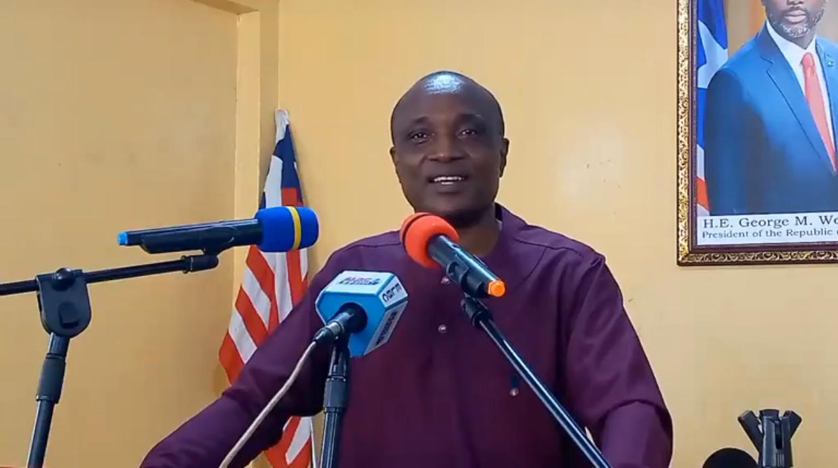 The Liberia National Identification Registry (NIR), through its Executive Director, J. Tiago Nagbe, has disclosed that it has resumed full operations.

Addressing the Ministry of Information, Culture Affairs, and Tourism’s regular press briefing on Thursday, December 15, 2022, Nagbe said the NIR experienced a temporary interruption in some aspects of their operations a few weeks ago.

According to him, the situation has been addressed, and all parts of the National Biometric Identification System are now fully operational.

“We thank the Minister of Finance and Development Planning, Honorable Samuel D. Tweah, Jr., for working with our Board to resolve this situation. The Acting Chairman of the Cabinet and Minister of Justice, Hon. Frank Musa Dean, and the Chairman of the NIR Board of Registrars, Internal Affairs Minister Varney A. Sirleaf, were quite supportive during this process. “For this reason, we want to publicly thank them.” Nagbe said.

He explained that the NIR is a new institution within the government, and as such, they have to advocate for a better understanding of its role and appropriate support to succeed.

“We are grateful for the keen attention that President Weah pays to the NIR process. You will recall that during the President’s recent visit to Morocco, he highlighted the significance of biometric registration and how it has helped to clean up the government payroll and save us a lot of money. This is why he continues to give us his full support, even when he is out of Liberia. “Let me turn to some of the key developments that we are working on,” Nagbe added.

Nagbe further said that they have started the renewal of expired national ID cards adding that “It took us a long time to get to this point, but we are here now. “We will be providing a lot of information about this process as we go along.”

Nagbe also highlighted the requirements needed to have an identification card; according to him, you have to pay a fee of US$5.00 or LRD750 for the card, and the renewed card will be valid for 7 years.

“Very soon, we will be introducing a digital ID.” This means you won’t have to carry a physical card in your purse or wallet; your national ID will be stored on your phone in a secure location, according to Nagbe.

He explained that the NIR will soon begin printing the cards in the counties rather than just in Monrovia, which will allow for faster delivery and less waiting time for people, particularly those who live outside of Monrovia.

He noted that unique identification is quite important for running modern governments and companies.

“Liberia has taken a long time to join the global unique identification community, but I believe that we have arrived at this stage now, and we are here to stay.” “Our National Biometric Identification System is on an irreversible course, thanks to the support from the Government of Liberia, headed by President Weah.”