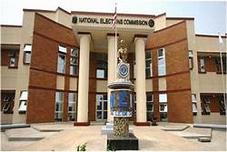 MONROVIA – The National Elections Commission (NEC) has announced Wednesday, 13 January 2021, as Election Day for the conduct of the rerun special senatorial and Constitutional Referendum elections in Grand Kru County.

A an NEC statement late last week, the Commission says the rerun elections will be conducted in three voting precincts in Electoral Districts Number One and Two in that part of the country.

The NEC says the three Grand Kru precincts consist of three polling places with a total number of 960 registered voters.

An NEC press release issued Thursday, 7 January 2021 says the Commission is in full readiness to conduct the election after procuring new election materials, including ballot papers.

A new Electoral Team of Technicians has been constituted to conduct the Grand Krue rerun elections and Referendum on 13 January 2021, in Grand Kru County, the NEC release says.

The Commission’s decision to conduct the election on Wednesday, 13 January 2021 follows a confidence-building meeting with all stakeholders, including candidates and/or their representatives.

The NEC is encouraging all candidates and the 960 registered voters in Beloken, Wakpo and Boluwein to fully participate in the senatorial and Referendum elections.

Meanwhile, the National Elections Commission says all accredited media institutions, local and international organizations for the 8 December 2020 Special Senatorial Elections and Constitutional Referendum will be allowed to cover the 13 January 2021 rerun polls in Grand Kru County.