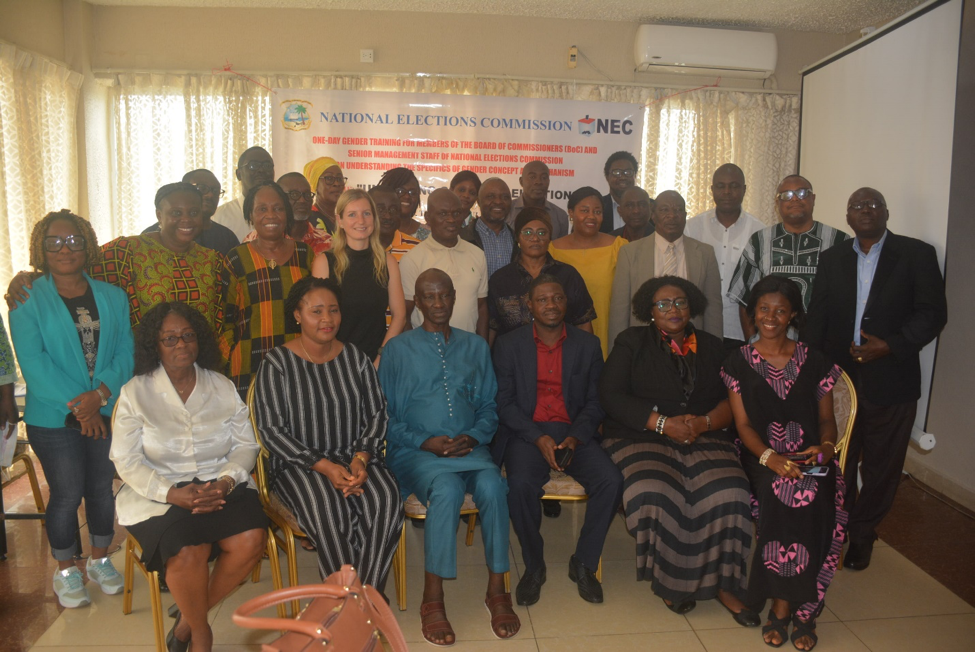 The National Elections Commission (NEC) held a one-day intensive in-house Gender Training for members of the Board of Commissioners (BOC) and Senior Technicians of the Commission at a local hotel in Monrovia, with support from the United Nations Development Program (UNDP), the governments of Sweden and Ireland, UN Women, and the Peace Building Fund.

The workshop was organized by the NEC’s Gender Section under the theme “Unpacking Gender in Elections.”

Lenka Homolkova, the UNDP Electoral Support Office’s Chief Technical Advisor, addressed on behalf of the supporting partners, the people of Sweden and Ireland. She stated that the partners will do all possible to promote gender issues so that more people could participate in all of Liberia’s elections.

NHA rejects media report over ‘illegally downsizing of over 100 employees’