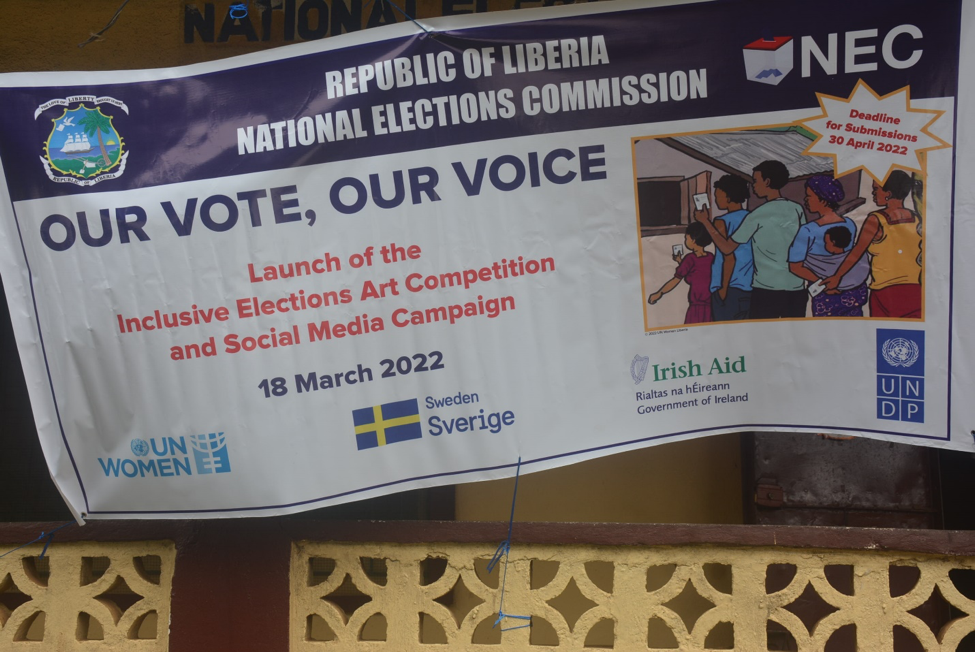 At the Commission’s Lower Montserrado County Magisterial Office in Browerville City, the Chairperson of the National Elections Commission (NEC) on Monday officially launched the 2022 Inclusive Mural Art Exhibition Competition, with the primary focus being on women, youths, and people living with disabilities.

The purpose of the National Electoral Commission’s (NEC) Mural Art Competition, which is being run by the Communications Section of the Commission, is to further the concept of “Inclusive Elections” in Liberia.

Funding for the National Elections Commission Art Competition was initially provided by the United Nations Development Programme (UNDP), the Elections Support Office in Liberia, the governments of Ireland and Sweden, and United Nations Women.

During the launch of the program, the Chairperson of the NEC, Madam Davidetta Browne Lansanah, stated that the objective of the competition is to utilize art in order to bring to the attention of the general public the significance of ensuring that women, youths, and people living with disabilities are included in all aspects of the electoral process.

The goal of Madam Browne Lansanah is for parents and communities to come up with ways for their children to receive artistic training. This kind of training helps young people develop their abilities and skills, which is important for the country’s continued growth in the future. She urges educators, parents, and members of the community to place a greater value on creative endeavors.

The National Electoral Commission (NEC) Mural Art Competition on Inclusive Elections was also started at the same time all over Liberia.

An Open Letter From U.S. Ambassador to Liberia Michael A. McCarthy