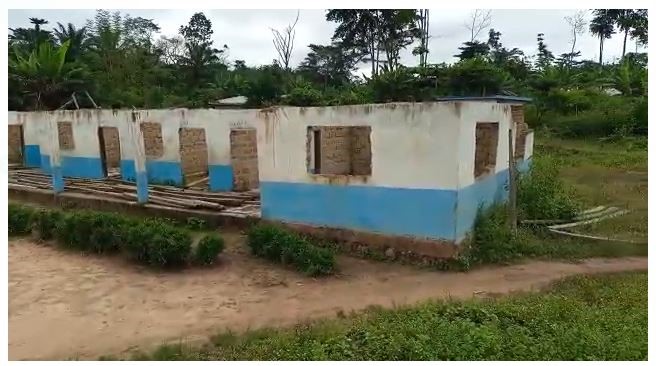 With the 2020/21 school fast approaching, citizens of Gbor-Dehvon Town, District #4 Nimba County are calling on the Ministry of Education and well-meaning Liberians for the renovation of the only school building in the Chiefdom.

In January of this year, a heavy rainstorm destroyed the roof of the school building, resulting in students using a private building to continue with academic activities, something that may not continue for the upcoming school year.

Despite several cries from citizens of the region, the building is left in ruin.

After nearly one year, parents are now the fear that if the national government and other charitable organizations don’t attend school in the next few weeks, their children will not go to school for the next academic year.

The Dehvon Public School is the only school in the entire Gbor Chiefdom which is one of the populated segments of Twah-River District #4 Nimba County.

The District is being represented at the Lower House of Parliament by former businessman, Rep. Gonpue L. Kargon.