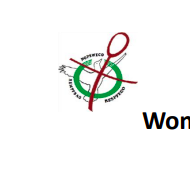 The women of Liberia and Sierra Leone express grave concern over the growing insecurity and threat to peace in Liberia and the unfortunate situation unfolding in Sierra Leone since August 8, 2022, which climaxed with a protest on the 10th of August, resulting in the loss of lives and the destruction of private and public properties in areas that were affected.

NOPSWECO in a press statement extends its deepest sympathies to the families and friends of the civilians and security personnel who lost their lives or sustained serious bodily and mental injuries in Sierra Leone.

“We are completely shocked and saddened by the August 10th protest that swept part of the capital, Freetown, and subsequently in Makeni, Lungi, and Kamakwe, respectively, and condemn in the strongest terms the use of force that resulted in the death of some citizens”, the statement said.

NOPSWECO said, the rise of violence, including the establishment of various militant groups and a lack of response to curtail this problem, is certainly alarming. The group said names such as the CDC Blue Army, Yekeh Kolubah’s Defense Opposition Defense Force, and the CDC COP have come to the fore through the following incidents:

On July 26, 2022, student Walter Sisulu and others were brutalized on live camera while protesting in front of a live camera.

NOPSWECO said, even though the incident was being broadcast in real time, the police stated that no one had filed any complaint and then requested the public to provide information even though those who committed the act were not concealed.

“To date, the Ministry of Justice has provided no update on the status of the case. On August 5, 2022, a member of a women’s organization was reportedly assaulted by Yekeh Kolubah of the Opposition Defense Force”.

NOPSWECO pointed out that on August 10, 2022, some students, allegedly members of the Student Unification Party of the University of Liberia, threw stones at the AMEU University.

“On August 11, 2022, the Liberia National Bar Association reported that unknown persons acting under the authority of the “country devil” forcibly seized Magistrate Capehart, assigned at the Magisterial Court in Salala. To further compound the situation, another person claiming to be Zoe also locked up the City Solicitor and threatened to harm other judicial staff”.

NOPSWECO said it takes note of the heightened economic crisis and the number of unemployed and at-risk youth in both countries, which are red flags and an early warning sign. These at-risk youths are, on many occasions, used by politicians to perpetrate violence to achieve sinister objectives. Both Sierra Leone and Liberia are post-conflict countries and have elections in 2023. These situations certainly create a worrisome perception that if due care is not taken, it might result in violence.

The women group noted that in Liberia, there is general distrust of the police since, in most cases, the police are nearby when these incidents take place. Women and children are known to be the most vulnerable during a crisis; therefore, the protection and safety of women and children in any given situation must be guaranteed by all parties involved in the violence.

“We call on all stakeholders to remain calm and follow the rule of law in light of the looming 2023 Presidential elections in both Sierra Leone and Liberia. Hence, we recommend the following”:

That all parties return to the status quo ante in light of the current situation and use the law to resolve issues of national concern. We call for monitoring of all violence against citizens, especially VAWG, taking place within the context of the temporary unrest.

Urge the media and the general public to remain peaceful and send out messages of peace and refrain from posting inciting comments on social media that could inflame the current tense situation.

Urge the government of Sierra Leone to set up an independent body involving women and members of civil society to speedily investigate the factors that triggered the violence.

Engage unemployed youth innovatively and set up programs to keep them busy or invest in rehabilitation programs.

The Government ensure that all factions/militant groups are neutralized. That the action is taken against independent police members who are present but take no action when violence occurs Work with the Armed Forces of Liberia to become a force for good Update the public on cases of interest Ensure that members of the traditional society who violate rules of the Republic are held accountable for their actions The government must find innovative ways to engage young persons and all must be involved in teaching them nonviolent ways of expressing themselves. We remain ready to participate and aid in the facilitation of any negotiation for peace and calm to return to Sierra Leone.