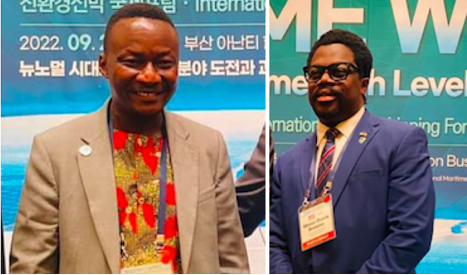 The Liberian community in the Republic of South Korea has written to the Korean government requesting permission to present a petition in protest against the actions of two Liberian government officials who are alleged to have raped two minors. The allegations against the Liberian officials are that they sexually assaulted the victims while they were in their official capacities.

The Liberian community in Korea has stated that they want to submit a request to the government of South Korea in order to obtain permission to voice their displeasure of the activities of the two men, who they believe have brought shame not only upon themselves but also upon their country.

“However, we are waiting to see what action our government will take on the problem before we can officially show our concern and condemn any type of sexual assault or rape that may occur through the use of a petition. The objective of the request is to give us permission to do so. Since some of our brothers are currently being questioned at their places of employment, the purpose of this petition is to dispel the notion that Liberians are predators among the populace of Korea “According to Mr. Lawrence Darkollie, Womenvoices was told.

According to the information that has been gathered, the actions that are said to have been carried out by the two officials are extremely embarrassing for Liberians who live in that region of the world.

The two government officials are reportedly scheduled to appear in court on Friday, September 30, 2022, according to the information that has been gathered. Womenvoices Newspaper has learned from sources in Seoul that the two officials are currently being detained by the Korean Police in the city of Busan.

Meanwhile, the Vice President of the Republic of Liberia, Chief Dr. Jewel Howard-Taylor, said she is saddened by the news of alleged sexual abuse in the Republic of Korea by our government officials.

“The issue of sexual abuse is the most abusive form of abuse, and it is unacceptable anywhere in our World. And until all women are safe from all forms of abuse no woman is safe,” the VP said.

The Vice President said she supports the Ministry of Gender, Children and Social Protection’s call to admonish all Government officials to be prudent in their social dealings at home and abroad; and refrain from all acts of sexual abuse, which have the proclivity to dent the image of our beloved country.

As a staunch advocate for women in Liberia and across Nations, the Vice President values the safety of women and abhors any attempt to subject women to different forms of abuse.

It was reported by South Korea-Cable-TV two public servants who were implicated in a rape case there last week have been charged. Last week, South Korean police detained two members of the Liberian government in their hotel rooms along with two female minors: Mr. Moses Owen Brown, Liberia’s Permanent Representative to the International Maritime Organization (IMO), and Mr. Daniel Tarr, Director of the Department of Marine Environmental Protection.

The two girls, aged 16 and 14, who were reportedly high school students employed at the Conference Hall, were reportedly asked by Mr. Owen Brown and Daniel Tarr to take tea to their respective hotel rooms, according to the Cable TV investigation. Another girl dialed 911 after they left and didn’t come back for more than 30 minutes. Two ambassadors accompanied two youngsters to their hotel rooms. The cable source claims that when the police arrived at the hotel swiftly, they instructed the receptionist to ring the rooms, but no one answered. The cops entered the hotel rooms in this manner in order to free the girls.

The International Maritime Organization and the South Korean Ministry of Oceans and Fisheries jointly arranged the 2022 Korea Maritime Week, which the two Liberian government representatives were attending as part of an official government trip to the South Korean port city of Busan (IMO).

Mr. Brown, the young Liberian Permanent Representative to the IMO, who many believe to be the youngest Liberian ever appointed to said lucrative position, is one of the Liberian officials. He is in his thirties, has a diplomatic passport, and is allegedly claiming diplomatic immunity by virtue of his position. However, the South Korean authorities are not taking the situation lightly and have hinted that the Vienna Convention, which establishes diplomatic immunity, cannot be applied in his case.

The age of consent in South Korea is 20, making it one of the oldest ages of consent in the world, according to Article 305 of the Criminal Act of South Korea. Additionally, a Cable TV inquiry was uncovered.

In the meantime, the Liberian government verified the events in South Korea about its officers in a news release released by the Liberia Maritime Authority (LiMA).

LiMA asserts that it unambiguously upholds a zero-tolerance policy toward any form of sexual or gender-based offense and sees these accusations against the actions of its officials as most outrageous and devoid of any legitimacy in any civilized society.

The press release continued, “Liberia Maritime Authority commits to take appropriate actions, in accordance with national and international regulations, and will fully collaborate with the Government of the Republic of South Korea in the investigation of this occurrence.”