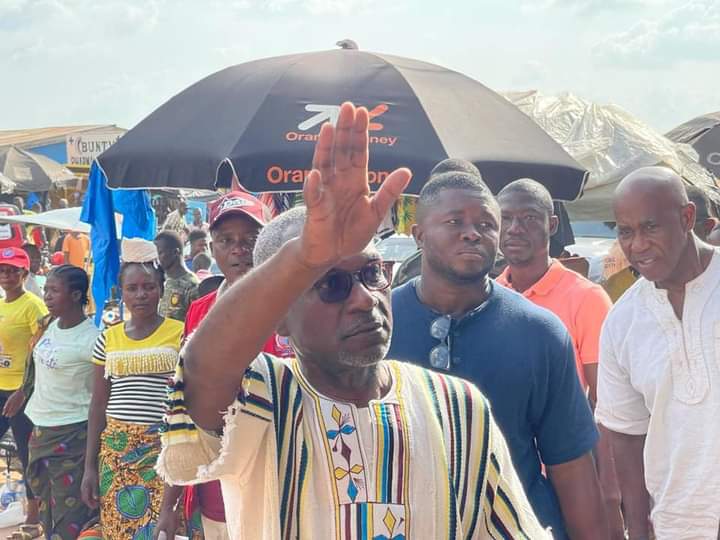 “Barring cheating, Lawrence will win. I know so for a fact because the message to the people is simple – Lawrence is the best candidate and a vote for the CDC candidate sends a message that all is well and it is not”.

Mr. Cummings said his message of real change is resonating with the Liberian people. “But more than just Lawrence’s suitability to fill the vacant seat, we continued our “Real Change” message. November 16 is and should be about sending a loud message – in Bong with Joshua, Bomi with Charles Brown, Grand Gedeh with Ansu Dukuly and Nimba with Lawrence. A powerful message in these elections will set us up for a victory in 2023. Let’s make it happen”.

With apparent enthusiasm about the throng of people that welcomed the opposition leader in the commercial City of Ganta, Nimba County, Mr. Cummings said Ganta was like a second home for him.

“Gompa is fast becoming a second home to me. The progressive spirit of Nimbaians and the energy and exuberance of the City of Ganta is infectious”.

Cummings on his official Facebook page said, “Like I mentioned in an earlier post, I visited communities in Ganta – Gliyeelue, Deakehmein, Bleegay Town, etc – in continuation of our support to the Collaborating Political Parties (CPP) candidate, Atty. Lawrence Sua. I don’t know how I find myself interchangeably using Ganta and Gompa but I guess I can’t help it. The city is always alive with Nimbaians owning the businesses and this renews my hope in Liberia every time I visit”.

Liberians in four counties including Grand Gedeh, Nimba, Bong and Bomi, will go to the polls on November 16, 2021 to fill four vacant seats in the House of Representatives. The National Elections Commission (NEC) has since declared campaign opened for vacancies in the four counties.